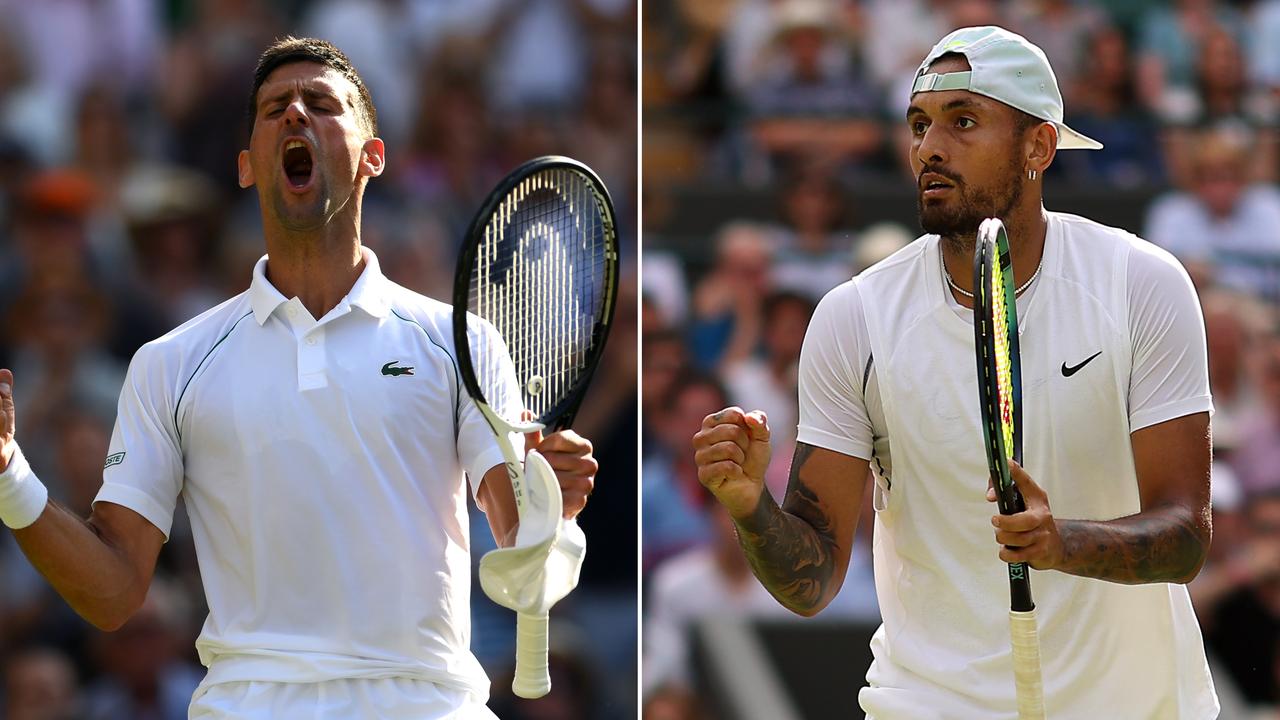 Wimbledon 2022 Day 14 brought joy for Novak Djokovic as he celebrated his 7th title at the Centre Court. He beat Nick Kyrgios of Australia in four sets and reached his first-ever grand slam final. This is Novak’s fourth consecutive Wimbledon title, a magnificent record. It was not an easy road for Novak to the final. In the first round, he lost a set against his South Korean opponent. Then, in the second and third rounds, he found his rhythm and won the matches in straight sets. In the fourth round, he had difficulties but still managed to win the match in straight sets. His quarter-final match against the Italian J.Sinner was probably the toughest. He was two sets down, and it genuinely felt it was the end of his run, but destiny was something. From out of nowhere, Djokovic won the remaining sets. In the semi-final, he broke the British dream by defeating the crowd’s favorite, Cameron Norrie, who was making his first semi-final appearance.

As for Nick Kyrgios, it wasn’t an easy ride either. He had his first five-set match in the first round itself. In the third round, he faced his nemesis  Stefanos Tsitsipas in an exciting encounter. Kyrgios won the match in four sets, making a statement of intent. After a series of tough matches, he faced another five-set match in the quarter-final against his American counterpart, B. Nakashima. For the longest time, this version of Kyrgios was missing in tennis. The intensity, desire, and passion he showed in this tournament were hardly ever seen before. He earned the right to be in the semi-final of Wimbledon. Unfortunately, the semi-final clash against Rafael Nadal did not happen because he withdrew from the competition due to an injury. Kyrgios was awarded a walkover in return.

Also Read: Rafael Nadal Withdraws From Wimbledon Due To Injury: What Next Time For Him?

It was Wimbledon 2022 Day 14, Novak Djokovic Vs Nick Kyrgios final. Only a handful of people would have anticipated this to be the final. But the fact was, both the players deserved to be in the final. Novak who made comebacks in the previous two rounds after losing sets, and Nick, who had his fair share of final set moments. The match started on a bad note for Djokovic, and like in previous rounds, he lost the first set. It looked like the final would go the distance, but Novak had other plans. The match was tough, Nick was hitting ace after ace. He found his rhythm and was serving really well.

The highlight still were the returns of those serves. Incredible, to say the least, how Djokovic manages to return the service better than anybody in the game. It was because of this that he was able to neutralize Nick’s serves and create a difference. Djokovic replied by winning the second set comfortably. The audience and the viewers wanted more action, so they wanted an even more close contest. But credit to Novak, the way he played did not get affected by any of the mental games by Kyrgios.

The Third And Fourth Set

The third set looked equal till the score was 4-4. In the ninth game, Djokovic came back from 40-0 to win five consecutive points and won the game. The 10th game was his serve, and closed the set, winning it 4-6. The fourth set followed the same highlights of the third, except this time, Nick did not lose his ninth game. He took the set to tie-breakers, eventually losing the set and the match 6-7.

The post-match presentation saw the start of a new bromance between the two players, which started off with a fiery exchange. But it eventually ended with heaps and praises for one another.