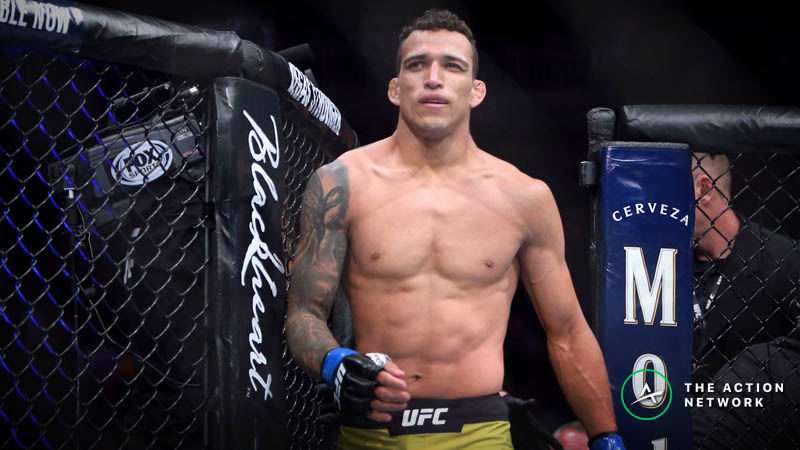 Charles Oliviera: The Champion Has A Name

Charles Oliviera is right now, probably the biggest challenge for anybody in the Lightweight division. After some tough few years in the UFC or life in general, he has just risen from the ashes. He is like a true warrior who goes inside the octagon with the intent to kill. His recent performances have been exceptional. There is no doubt that he is the player to beat right, and it looks like he is here to stay. The Brazilian boy has made it to the top of the UFC, considering where he started from. His pinpoint strikes and his wrestling game are probably the best we have witnessed. He has the most number of wins by submissions. His chokes are extremely deadly and once he gets hold of a guy, he takes the fight away from him.

Also known as Do Bronx, Charles was recently stripped of his title because of missing out on weight. That was unfortunate, but he still fought the match against Justin and won the match in a nice way. Whenever a reporter asks him something, he ends his answer with the same line, “The champion has only one name, and his name is Charles Oliviera”. This has become a famous line amongst all his fans and admirers. The next fight for Charles is still not known, and the fans cannot wait to see him back in action.

Charles Oliviera was born on 17 October 1989 in Sao Paolo, Brazil. He is a mixed martial arts champion and also a Brazilian Jiu-Jitsu fighter. His beginning was extremely poor, his family could not afford proper food, and things were very tough in the beginning. Very early on in his career, because of his friend, he started learning Brazilian Jiu-Jitsu. By the time he was 12, he started winning junior-level tournaments and became a known boy inside the local community. In 2007 he was a professional-level fighter in Brazil, and in 2010 was called by the UFC. It has taken him more than 11 years, even after being in the UFC, to attain such a level of success. His initial years were full of struggles, and there was a time he might have been released by the company.

There were average performances in the initial 6-7 years of his UFC career. With some wins and some losses, the career didn’t seem to be reaching the top. Things changed post-Khabib’s retirement when the lightweight belt was left vacant. He was against Michael Chandler for the title fight. The fight was bloody interesting, and both players tried to knock each other out. After some back and forth, with two clean strikes by Charles, he managed to knock Chandler and became the lightweight champion. After that, he defended his title against Dustin Poirier and Justin. Though he did not have the belt against Justin due to weight cut issues, he still managed to defeat him. Now, he sits at the top of the division, looking very confident.

Charles Oliviera has deals with Reebok and other sports brands. According to many reports, his current net worth is around $2.5 million.