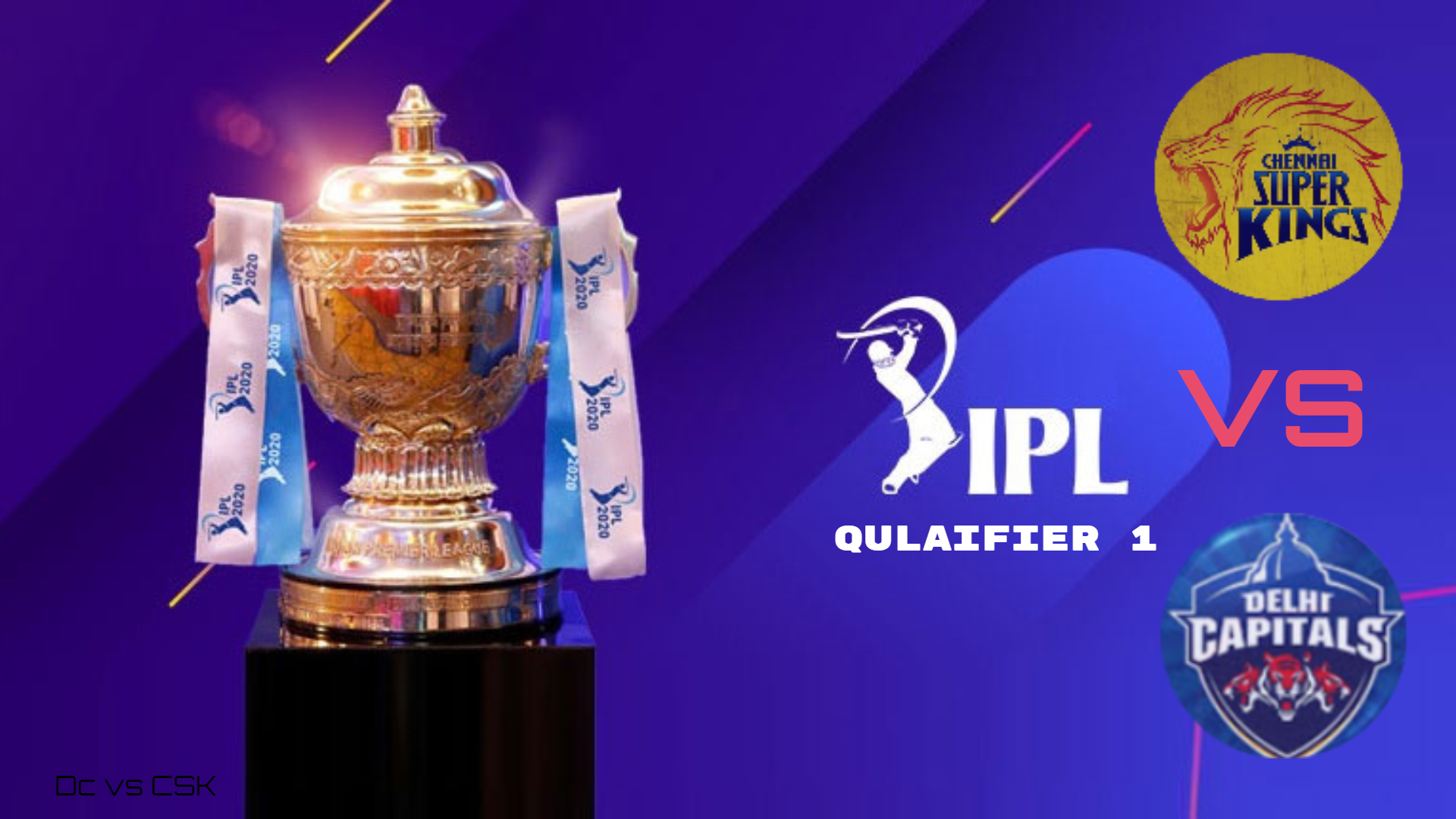 It is Showtime!. As the league stage of IPL has come to an end we have got the 4 teams that will be fighting for the trophy in the playoffs. Delhi capitals, Chennai Super Kings, Royal Challengers Bangalore, and Kolkata Knight Riders have finished at the first second third, and fourth positions respectively. The race to finals begins today with DC vs CSK in Qualifier 1. It will be the 21st knockout match for CSK which is the most number of knockout matches played by any team in the history of IPL. The team who wins this will directly reach the finals while the one who will lose will get another chance to play against the winner of Eliminator in Qualifier 2.

Whatever the result may be one thing is evident that Sunday night is going to be a thriller contest. When the top two teams of IPL 2021 will face others at the Dubai International Stadium things will definitely kick up a notch. While CSK’s Faf du Plessis and DC’s Shikhar Dhawan will hope to get some runs on the board and win back the orange cap. On the other hand, Avesh Khan will also be looking forward to lessening the gap for the race of purple cap and surpass Harshal Patel’s 30 wickets record. This article will focus on the big encounter DC vs CSK as well as the possible XI that both the teams could play with.

DC vs CSK which is also Qualifier 1 of IPL 2021 will kick off on 10 October 2021. Toss will play a crucial role at the Dubai International Stadium and both the skippers will be looking forward to winning it. Toss for the game will take place at 7:00 pm (IST) while the live-action will being just half an hour later at 7:30 pm (IST). The official broadcasting partner Star Network will as usual broadcast the game on the channels Star Sports 1, Star Sports 1 Hindi, as well as on Star Gold 2. Moreover, you can also stream the thriller live at the streaming platform Hotstar. To watch it there you will have to subscribe and pay for the VIP pass.

Players to watch out & predicted XI

It is very much possible that Marcus Stoinis can be part of the Delhi squad for DC vs CSK. If Stonis plays Delhi will get one more batsman to make their middle-order strong and well as he can bowl 4 crucial overs as well. Shikhar Dhawan and Prithvi Shaw will have to give their team a great start because defeating CSK without that sounds impossible. On the other hand Ruturaj Gaikwad, Ravindra Jadeja, Shardul Thakur will be the ones to watch out for in CSK.

Although Rishab Pant’s Delhi Capitals stamped their authority at the 1st spot of the points table with 20 points, their not-so-consistent batting lineup has been their weakness. In their last league game against RCB, the middle order failed badly and despite a great show from the bowlers, DC lost the game. On the other hand, CSK has also lost the last three consecutive games. Both the teams will be entering the playoffs with a defeat in their last games. Contrary to the current form we all are very well aware of what they are capable of once they gain momentum. And in a game like Cricket, it just takes a decent over to turn the game in one’s favor. Comparing head to head CSK has lost both the matches they played against DC in the group stage. Most probably CSK will sweep away this victory and enter the finals.