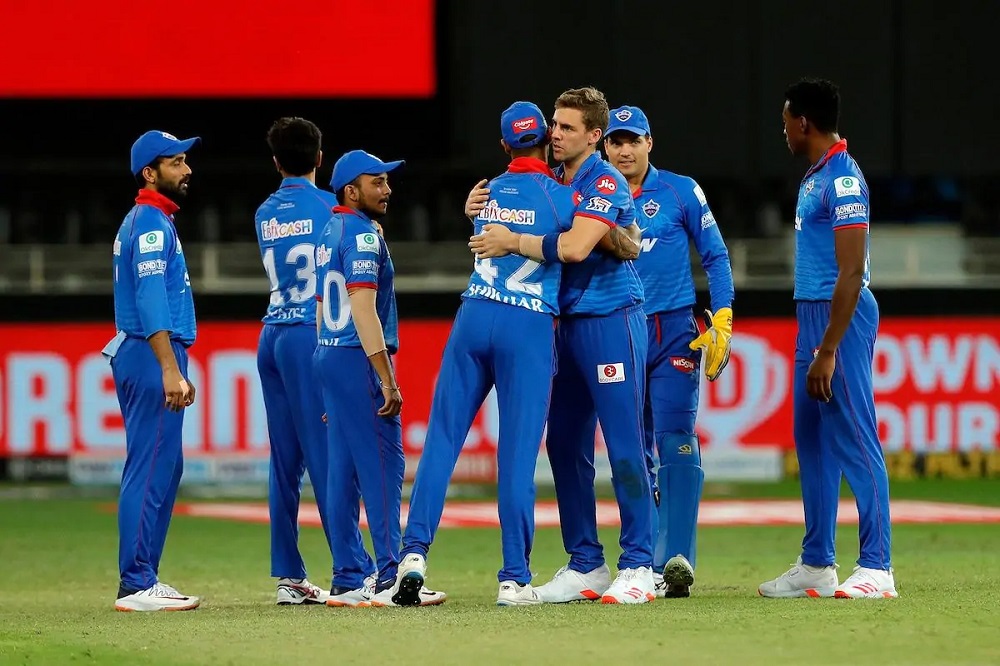 The second half of IPL 2020 has begun as each team has played at least 7 matches now. With that, Delhi Capitals were ready to play their 8th match of the tournament. They were going to lock horns with Rajasthan Royals. In their previous match, DC had defeated RR by 46 runs with special performances from Shimron Hetmyer and Marcus Stoinis. Rajasthan Royals were looking to avenge this defeat as they were in the 7th position on the points table after CSK’s victory against SRH. So, it was going to be an interesting match as Ben Stokes had joined the RR squad. He had played the last match for his team but could not contribute much. However, the team was definitely looking up to his game for the next fixture.

The match began as Delhi Capitals won the toss and chose to bat first. As a result, Prithvi Shaw and Shikhar Dhawan came to open for DC. However, on the first ball of the first over Prithvi Shaw got ducked as Jofra Archer bowled him. Then came Ajinkya Rahane who had come in as a replacement for the injured Shreyas Iyer. However, in the 3rd over, even Rahane (2 in 9) got out. After Rahane’s dismissal, the DC skipper Shreyas Iyer came to the crease. Then, Iyer and Dhawan managed to build a good partnership. They were able to get 47 runs in the powerplay even though they were 10-2 in 2.3 overs. However, after completing his half-century Dhawan (57 in 33) got out as he went to hit big. With his dismissal, DC was now 95-3 in 11.4 overs.

Then, DC slowed down as Kartik Tyagi dismissed Shreyas Iyer (53 in 43) in the 16th over. But, then came Stoinis (18 in 19) and Carey (14 in 13) who were supposed to get big shots in the final overs. However, nothing of that sort happened as both of them got out in the 19th and 20th over respectively. Then Axar and Ashwin had come but Ashwin did not play a single delivery. On the other hand, Axar played 4 deliveries scoring 7 runs. He scored a boundary on the second-last ball but then got dismissed on the last ball of the last over. With this, Delhi Capitals’ innings came to an end. They had put up a total of 161-7 in their 20-over innings and it was definitely a big target for a stadium like Dubai International Stadium.

Jos Buttler and Ben Stokes opened the innings for their side. They were smashing sixes and fours until the 3rd over when Nortje bowled Buttler (22 in 9). Then, Steven Smith came in at 3 to support Stokes. However, Ashwin soon sent Smith (1 in 4) back to the pavilion in the 4th over. After that, Sanju Samson came to the crease. He settled down immediately as he along with Stokes was able to get 50 runs at the end of the powerplay for his side. Stokes was smashing boundaries and this was worrying the DC bowlers. But, in the 11th over, Tushar Deshpande relieved everyone as he dismissed Stokes (41 in 35). In the very next over, Sanju Samson (25 in 18) also got out. Now, all the hopes were on Robin Uthappa and Riyan Parag. Their team now needed 75 runs in 50 balls.

However, the RR batsmen just went crashing down as in the 14th over, Parag (1 in 4) got run out. Then came Rahul Tewatia (14* in 18) but even he was not able to do much. In the 18th over, Nortje got his second wicket as he dismissed Uthappa (32 in 27). After that came Jofra Archer (1 in 4) but soon Rabada sent him back to the pavilion in the 19th over. On the last ball of the last over, Shreyas Gopal also go out and RR was only able to score 148 runs after losing 8 wickets in the second innings. With this, Delhi Capitals won their 6th match of the series and moved back to the 1st position at the points table above Mumbai Indians.

Anrich Nortje is adjudged Man of the Match for his brilliant bowling figures of 2/33.#Dream11IPL pic.twitter.com/8DFGL5NpzC

Who was the Man of the Match?

Anrich Nortje was honored with the Man of the Match award for his excellent spell of 2 wickets giving away 33 runs. Even though his economy was quite high, he had dismissed Buttler and Uthappa which were two crucial wickets. Both players were settled and could be a threat to his side. However, the day did not end too good for DC as their skipper Shreyas Iyer got injured while fielding. The acting captain Shikhar Dhawan said that Iyer was in pain but is able to move his shoulder. Only when the reports come out, they will be able to say what is the actual scenario. Anyhow, DC will definitely be happy as they got 2 more points and are now only 2-wins away from qualifying for playoffs. On the contrary, RR cannot afford to lose any game now if they want to move to the knockout stages.