India vs Australia A: 2nd Practice Match Ends In Draw 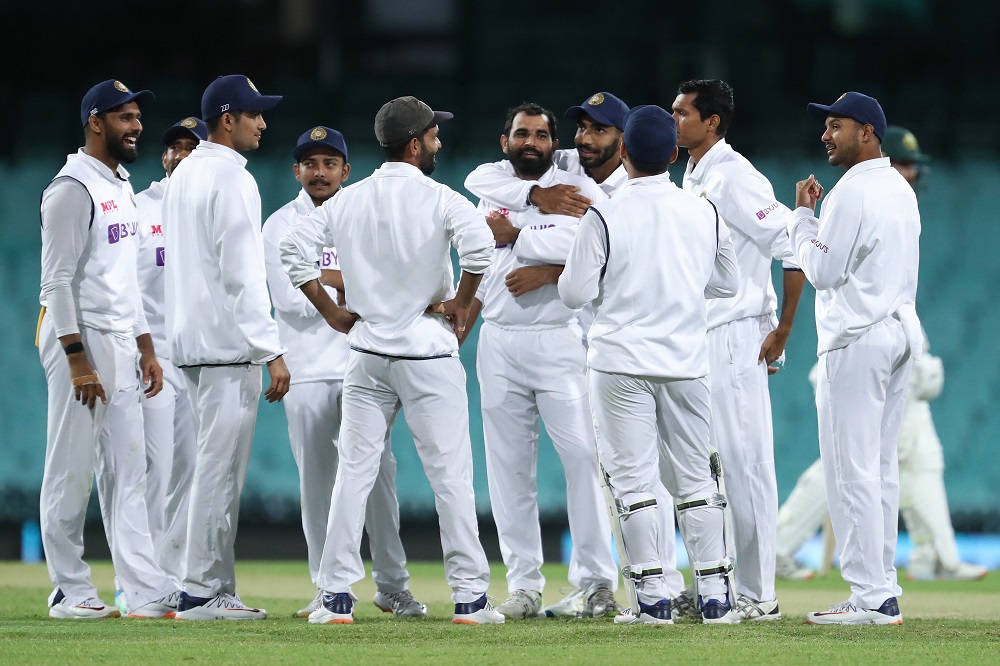 The 2nd Practice Match between India and Australia A ended in draw after great innings from the Australia A batsmen.

The India tour of Australia began on 27th November, 15 days after the conclusion of IPL 2020. It is an all-format tour as both teams have won a series each. The hosts defeated India in the Dettol ODI Series. However, the visitors made an excellent comeback as they won the first two T20Is to secure the Dettol T20I Series. Anyhow, now both are preparing for the Border-Gavaskar Trophy. Before the start of the test series, the boards of both the teams arranged for two 3-day practice matches. The first match between India A and Australia A was drawn earlier but Australia A dominated India A very well. Now, the second practice match was on the line as India was facing Australia A. So, let us see what happened during the 2nd practice match.

India won the toss and opted to bat first. They wanted to put up a big target and then give a follow-on to the hosts but that did not seem to happen. Australia A got India all-out at a total of just 194. In fact, the highest scorer for India from their lineup was their star bowler Jasprit Bumrah who got his maiden first-class half-century. The Mumbai Indians bowler built a partnership of 71 runs with Siraj to take India’s score to 194-10.

Everyone thought it would be easy for Australia A to take the lead now but things didn’t turn out really well for them. India had an excellent bowling attack and they managed to rip through the Australia A lineup just in time. By the end of the day, the Indian bowlers had got Australia A all-out at a total of only 108. Marcus Harris (26 in 47) and Alex Carey (32 in 28) were the highest scorers for their side but failed to deliver more. As a result, at the end of Day 1, India were leading by 86 runs. So, they were going to bat on Day 2 to now set a bigger target for the hosts.

Day 2 began and now India came to bat with a motive to set up a big total for the Australia A batsmen to chase. They were already leading by 86 runs and hence, they had the upper edge. So, the second innings for the visitors began and they did deliver brilliantly. Shubman Gill (65 in 78) and Mayank Agarwal (61 in 120) gave a great start to their side. Apart from them, Hanuma Vihari (104* in 194) and Rishabh Pant (103* in 73) smashed a century each to give the Indian innings a boost. Consequently, Day 2 ended with India still batting at a score of 386-4. However, they decided to declare their innings as only one day was left now and they needed to get Australia A all-out if they wanted to win.

Day 3 began and Australia A needed to score 473 runs if they wanted to win this match or else, they just had to bat through the entire day to get a draw. So, their second innings began and they were looking forward to defend their wickets. However, India still managed to get 3 early wickets and create pressure on the hosts. But, then came Ben McDermott and Alex Carey who relieved their side off the pressure. Carey scored 58 in 111 before getting out in the 44th over. Therefore, Jack Wildermuth came to the crease. He showed great composure and stayed not out till the end of the day with McDermott. Wildermuth smashed 111* in 119 whereas McDermott scored 107* in 167 to take Australia A’s total to 307-4 at the end of Day 3.

Who will win the Border-Gavaskar Trophy? India or Australia?

With this, the 2nd practice match came to an end as it had been drawn. Australia A had managed to bat through the entire day and not let the pressure from the Indian bowlers get to them. This says a lot about how things might be difficult for India when going up against Australia at their home ground in the Border-Gavaskar Trophy. It won’t be easy for them as their skipper Virat Kohli will be leaving for home after the first test. Anyhow, it will surely be entertaining to see the men in blue take on the men in yellow. So, stay tuned for more updates as the first test match will begin at Adelaide Oval from 17th December.