The Mega IPL Auction 2022 is going to take place in the beginning of 2022. This time all the players will be put up on the auction, with only four players being retainable. Also this time, there will not be any Right to Match option. 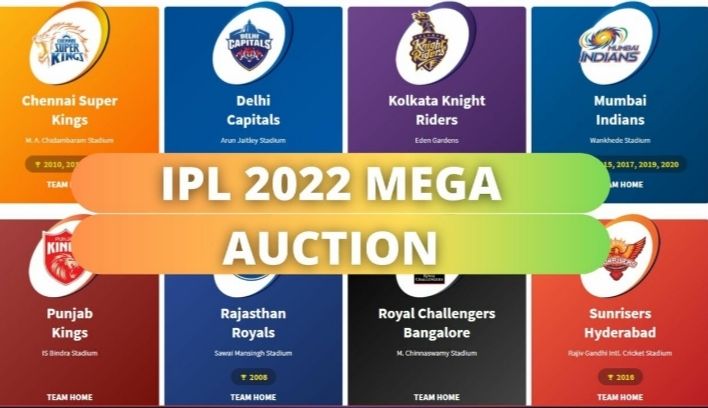 Before the next season of the Indian Premier League, the IPL Auction of 2022 will happen. It has been almost two months since the IPL Final was played. Since then, several things have happened, but we still cannot get over the Indian Premier League. For us, the end of an IPL season means the beginning of the countdown for the next season. For the last few years, we followed this method. But this year something is about to change. We did not begin the countdown for the next season but for the auction, which will be taking place next year. The IPL auction has always been an interesting thing since the first edition.

Next year, all the teams will be reshuffled as it will be a mega auction. The mega IPL auction comes once in five years. All the players will be listed on the mega auction, and the teams will bid for them. Even though it is done silently, the fans still enjoy the auction. We feel that we are in the auditorium. Sometimes when a player is bought by the franchise, we feel that we bought that player. The IPL auction is the first thing to watch before experiencing the IPL. In this article, we will talk about the IPL Auction of 2022 and all the details coming with it. So keep on reading the article to know more.

When Will The IPL Auction 2022 Take Place?

The IPL Auction 2022 will take place at the beginning of 2022. There has been no fixed date till now, but it is likely to happen in late January or early February. The IPL authorities will take the auction early as the next season of the Indian Premier League will start by May. Even with next to no information about the auction date, the fans are hopeful that they will get some fierce bidding and their favorite team will get the best of players to be ready for the next edition of the Indian Premier League.

Rules For The IPL Auction 2022

The retaining of the four players option is available for the old franchises of IPL. They have to make a list of the retained players and send it to the IPL officials by 30th November 2021. Failing to do this will make them lose the players that they want to retain. Other than that, two new IPL franchises, Lucknow and Ahmedabad will be making their debut in IP 2022. These two franchises can opt for three players outside the auction, and they need to submit the names to the officials by 30th December 2021. Moreover, this time the franchises will have no ‘Right to Match’ (RTM) cards.

How Do The Retentions Work?

This time each franchise will be given a budget of 90 crore rupees. Now with each retention, the budget will be deducted.

In case a franchise retains all four players, the deductions will be done in this manner:

In total, for four retentions, 42 crore rupees will be deducted from the 90 crore rupees.

Here are the probable player retentions ahead of the IPL 2022 mega auction. Any changes?🤔

For retaining 3 players, the budget will be as follows:

In total, for three retentions, 33 crore rupees will be deducted from the 90 crore rupees.

For retaining 2 players, the budget will be as follows:

For retaining just a single player, the budget will be as follows:

From the 90 crore rupees, 14 crore rupees will be deducted in case one player is retained.