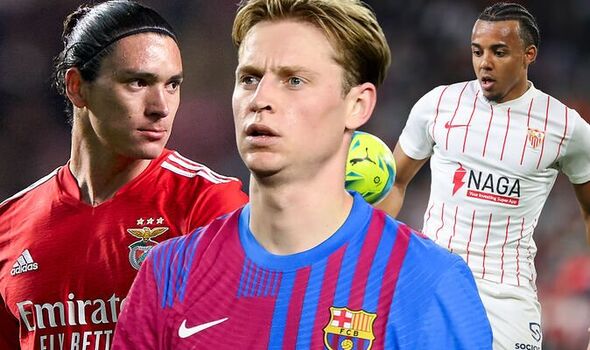 Latest Transfers, Rumors And More- What Is Happening In Football?

Latest transfers and rumors are the only things keeping football fans alive these days. It is off-season, Uefa Nations League is done, pre-season is yet to begin, and everyone is bored now. I am sure for everyone, the time period from June to July end is the worst. There are no matches, nothing to look forward to in life. What we can do is, provide you with the latest transfer updates so it keeps your interests alive and true to your clubs. All the Premier League clubs are now flexing their financial muscle, and most of the transfer news is related to these clubs. Furthermore, La Liga recently accused Manchester City and PSG of violating financial fair play rules. Whether or not anything happens against these clubs, one thing is for sure, there is a lot of money.

Real Madrid has been able to make a few signings as well. Not sure right now if they are looking for more or not, but they do have two talented French Midfielders now. The addition of Rudiger from Chelsea seems perfect. He is 29 and has a lot of ‘peak’ years left in him. Lewandowski to Barcelona has circulated for a while now, but nothing has been confirmed yet. But what has been confirmed already is Erling Haaland’s signing to Manchester City. This deal is insane. The squad looks deadly, and the fans hope to see their team winning the Champions League this time. It is long due now and with such a squad. Darwin Nunez, on the other hand, has chosen Liverpool to be his guiding force. The ex-Benfica player scored 34 goals in all competition this season and looks to score even more with the reds.

Now let us take a look at what is happening at present.

The latest transfers news tells us that Arsenal has reached an agreement with the 22-year-old Porto midfielder Fabio Vieira. He was on a Greek Holiday but now has landed in London for his medical test. Arsenal can soon officially make the announcement and a 5-year deal contract.

Having already signed Ivan Perisic and Fraser Forster and Yves Bissouma is very, very close to joining, Tottenham already looks like a club on a mission. If this continues to happen under the leadership of Conte, they will be a force to reckon with. High time for Tottenham fans to cheer their team up.

Rumors have it that Manchester United is completely after Frankie De Jong, and Barcelona is willing to load him off. The price has to be more convenient if Barcelona is to sell Frankie in order to buy their targets. Lewandowski and Bernardo Silva are primary targets for Barca, with Jules Kounde also in the line. Chelsea and PSG will most likely battle it out for Inter Milan’s midfielder Skriniar. Mane’s exit from Liverpool is closer than it ever looked before. Anytime it can become official that Mane has joined Bayern Munich after a successful 4-5 years with Liverpool.