Most Popular Point Guards In The History Of NBA

The History of NBA 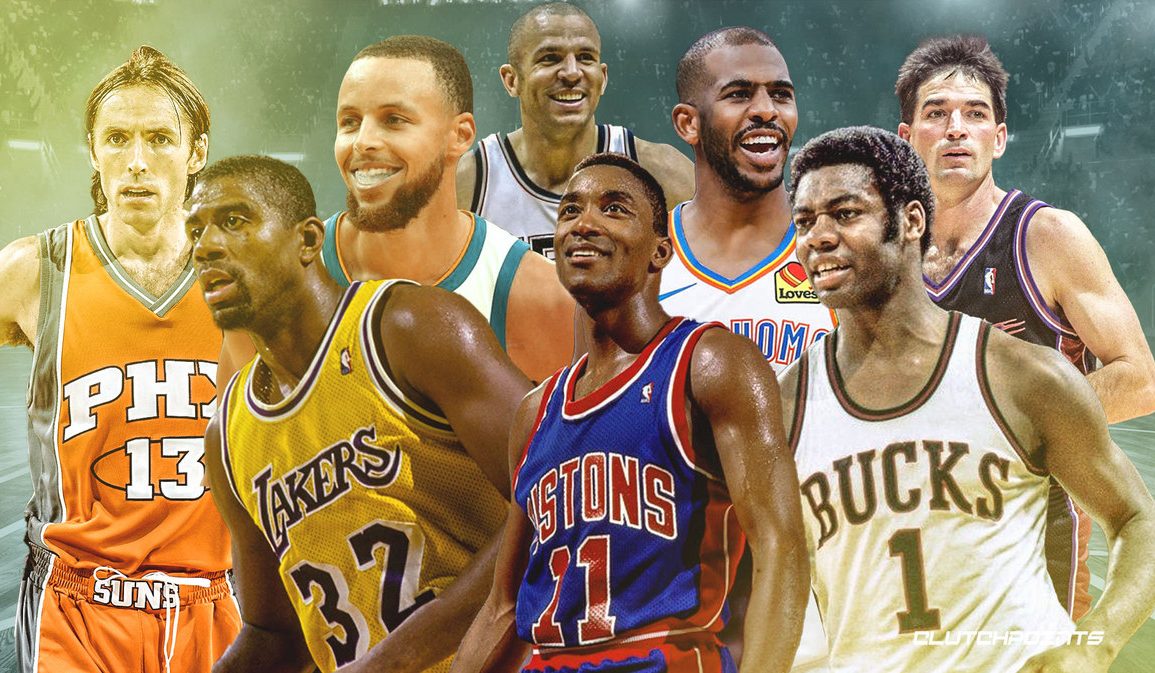 Most Popular Point Guards In The History Of NBA

The following article is about the most popular point guards in the history of the NBA. There are several positions in a basketball team, but no position is as influential as the Point Guard. There is a small forward, shooting guard, center, and power forward. Every position is important to form a proper team, but when it comes to point guard, no other position can measure it.

Speaking in defensive terms, they can use their quick techniques and agility to stop an attack before it even begins. They act as the first line of defense in a basketball game. When the opponent is building possession, they will try their best to oppose them from every angle.

Now coming to their attacking mentality, the point guard is like a dictator on the court. The first tempo, second tempo, minus tempo, etc., are all under the point guards. The point guard has a great sight, and the whole court is visible to him. He creates the attack like a rhythm to help their team score points.

More than shooting guard and power forward, the point guard will have more access to the offense line of the team. Over the years, there have been several legendary point guards who used to change the course of the game with their experience. In this article, we are going to make a list of the most popular point guards in the history of the NBA.

It may sound unbelievable, but John Stockton has more than 15000+ assists registered to his name. He is named all time leading assist provider. John Stockton was 6 foot 1 inch which is less than an average basketball player. But his height did not stop him from becoming one of the greatest point guards of all time. John was one of the leading point guards of his time. He is a 10 times NBA All-Star, Two times NBA First Team, and Six-time NBA Second Team.

Jason Kidd had one NBA Championship one time with the Dallas Maverick. He is considered to be one of the most popular point guards, but his form dropped quite a lot in his last years. Jason Kidd has spent most of his time in New Jersey. Apart from his NBA Championship, he is a 10-time All-Star, five times All NBA First Team, One time All NBA Second Team, Four-Time All NBA Defensive First Team, and Five times All NBA Defensive Second Team. Jason Kidd is also 1995 Rookie of the Year.

Isaiah Thomas is a two-time NBA Champion. During his time with the Detroit Pistons’, Isaiah helped his team reach two consecutive finals. He won one of them and was the most valuable player in the finals. Isaiah Thomas is an excellent passer of the ball as well as a good scorer. His passing skills lead him to have an average of 14 assists per game in 1985. Being of the most popular point guards in the NBA history, he is a one-time NBA Finals Most Valuable Player, 12 times All Star, Three-time All NBA First Team, and Two times All NBA Second Team.