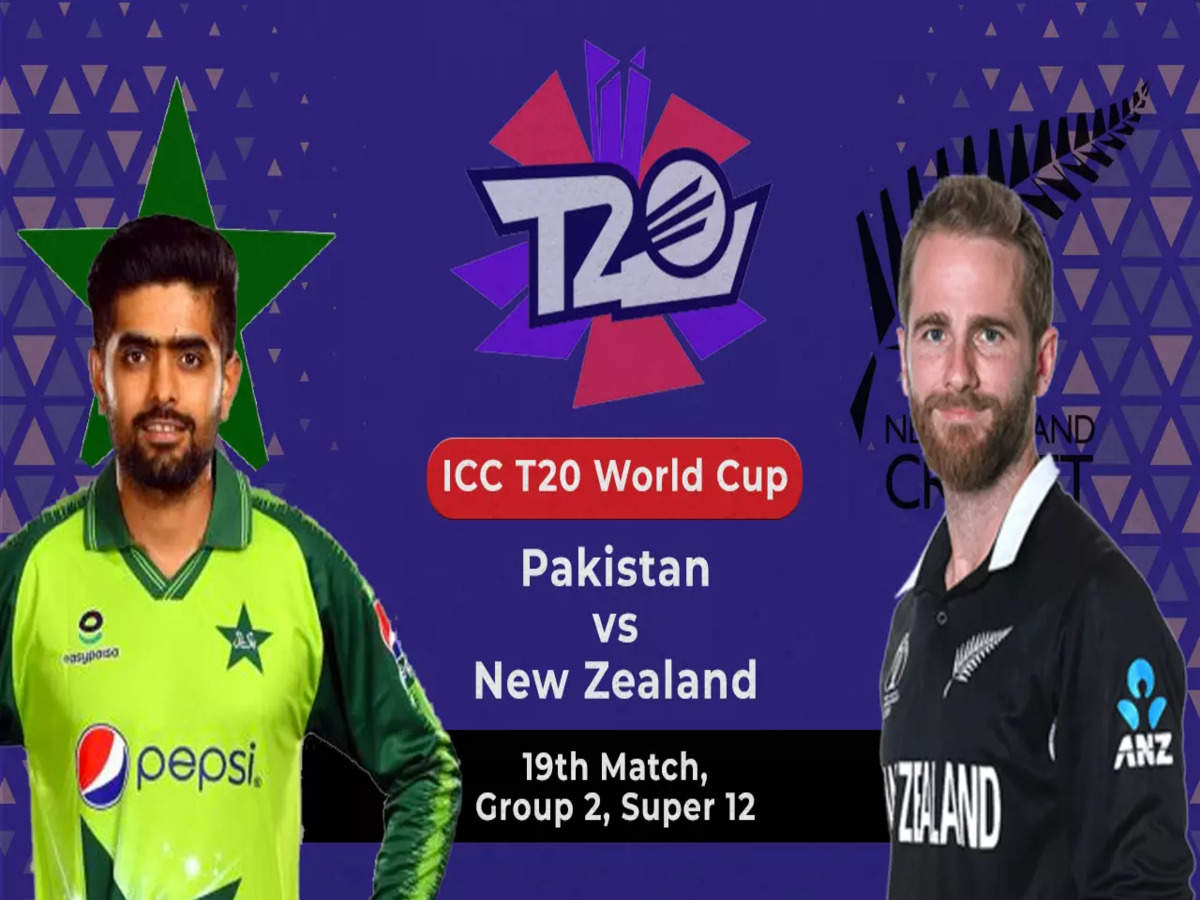 The following article is about the prediction of the match between Pakistan vs New Zealand. The football fans are more than happy with the football action they are getting each week. Even during the lockdown, football matches were happening, but with no people at the stadium. For cricket fans, it was like a dream. For months they had nothing to watch. They used to scroll channels to see past matches. But now, that sorrow has ended. The ICC Men’s T20 Cricket World Cup has started, and the fans are overjoyed with the news. Every day they open their television to see the matches as if it has been ages since they last saw them.

The Super 12 of the tournament has already been decided, and the main event has started. The group stage matches are now going on. With several interesting matches taking place, people are excited to see their favorite team win. Out of all the matches, one of the better matches will be between Pakistan vs New Zealand. Two heavyweights of cricket will clash together. A few days back, there was a controversy regarding the two teams, and it looks like this match will be the end to that controversy. The details surrounding the high voltage match have been revealed. So without further delay, let us see all those details concerning the match.

Pakistan vs New Zealand: Where To Watch?

Pakistan vs New Zealand: Players To Watch Out

Any cricket tournament that Pakistan takes part in automatically becomes one of the favorites to win the tournament. They are one of the best among the cricketing nations. Most people will accept the fact that Pakistan is in its best form ever. In their last match, they defeated India. It is the first time that they defeated India in a world cup match. Moreover, they won the match with ten wickets in hand. They uplifted the curse and will be looking to get their hands on the trophy. Babar Azam, Shaheen Afridi, Shoaib Malik, Mohammad Rizwan, and the whole Pakistan squad are confident and determined about their success.

New Zealand has never won a world cup, but no one can deny the fact that they are one of the best teams. That is how good they are. New Zealand is an unpredictable team. Cricket pundits have difficulty ascertaining how the New Zealand team will perform in a match. In both of the warm-up matches, New Zealand lost; the first one to Australia, and the second one to England. Their losing does not prove they have a weak squad this year. With Kane Williamson, Ross Taylor, Tim Southee, Trent Boult, etc., they too are one of the favorites to win the trophy this year.

Being favorites can weigh heavily, but these two teams are known for their nerves. They can keep calm in every situation. Pakistan defeated India in their last match but did not let their emotions get better themselves and went on to focus on their next opponent. The same goes for New Zealand. They have lost twice, but are looking sharper. It is very difficult to say who will win the match, but the fans can be sure that they are about to witness one hell of a match. Both the teams have quality players and who try their fullest to reach the knock-out stage. Do give your feedback on the article.