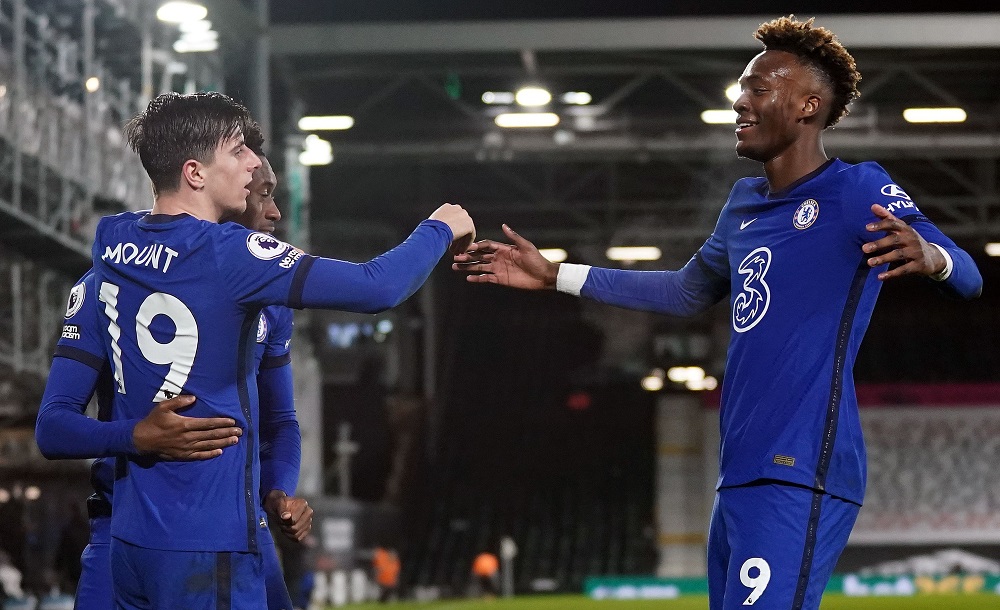 Mason Mount broke the deadlock to help Chelsea secure a win over Fulham.

Two nights ago, Fulham hosted Chelsea at their home ground i.e. the Craven Cottage to play their 4th fixture of the Premier League. The match was going to be interesting as both the teams were looking for a breakthrough over their losing streak. Chelsea had only won 7 games, drawn 5 and lost 5 until now. On the contrary, Fulham had won only 2 games, drawn 6, and lost 8 as of this match.

In all competitions, Chelsea had lost only 1 of their last 19 away matches at Fulham against the Cottagers with 12 wins, and 6 draws. Frank Lampard made 3 changes to his team that had lost to Manchester City in their previous league fixture. Consequently, Rudiger, Jorginho, and Giroud were added to the playing 11. Zouma and Werner were benched whereas N’Golo Kante missed out due to suspension. As a result, it was going to be a thrilling game at the Craven Cottage.

The match began as Fulham kicked off and the visitors were trying to put some early pressure on the hosts. Soon, Chelsea was pushing forward down the left and Pulisic was leading the attack. He passed the ball to Chilwell who tried to put an early cross in the box. However, Aina got back quickly to block it and clear the danger for Fulham. The first shot for the Blues came from Giroud who met a ball from Mount and swerved it towards the far post. However, Areola got across quickly to push it wide. Fulham kept the ball away from their goal really well but all their possession was in front of Chelsea in their half.

The hosts were kept busy by the visitors by continuous attacks and shots testings Aerola and the defense of Fulham. Upto the 40th minute, the visitors continued their dominance but the hosts were also waiting for a chance to get on a counter-attack. Finally, they were gifted the above after a poor cross from the French striker. Fulham broke quickly on the counter and Tete played a low cross to Cavaleiro in the middle of the box. The latter took a shot the first time and Mendy was beaten but the effort was just a little too high.

In the 44th minute, Fulham was down to 10 men as Cavaleiro lost possession and Robinson tried to win it back with a really rash challenge. He flew into Azpilicueta completely missing the ball and taking out the right back. Consequently, the referee went straight to his pocket and pulled out the red card. Azpilicueta received treatment on his ankle while the VAR check confirmed whether it was a red card. However, he quickly came back to his feet and was able to carry on. As a result, the first half ended with no goals from either of the sides.

The second half began with both the teams looking eager for a goal and Chelsea dominating over the 10-man Fulham. The Blues were keeping possession in their favor right from the beginning. Many fouls were committed but none of the team were able to convert even the set pieces in their favor.

Finally, Chelsea got the lead in the 78th minute of the game. Mason Mount got his name on the scoresheet as he struck a volley into the bottom right of the post. However, even after taking the lead, Chelsea tried to make the win more comfortable with attacks from Werner in the injury time. But, the shots went wide of the far post. With that, the second half ended and Chelsea won the game with a scoreline of 1-0

With that, Chelsea’s win ended a run of their 3 straight Premier League defeats and climbed up the points table. On the other hand, Fulham extended their winless streak to 19 London derby matches with 2 drawn and 17 lost. Anyhow, both the teams will now be preparing for their upcoming games. Chelsea will be locking heads with Leicester city on 20/1 i.e. Wednesday whereas Fulham will be going up against the table-toppers i.e. Manchester United on 21/1 i.e. on Thursday.