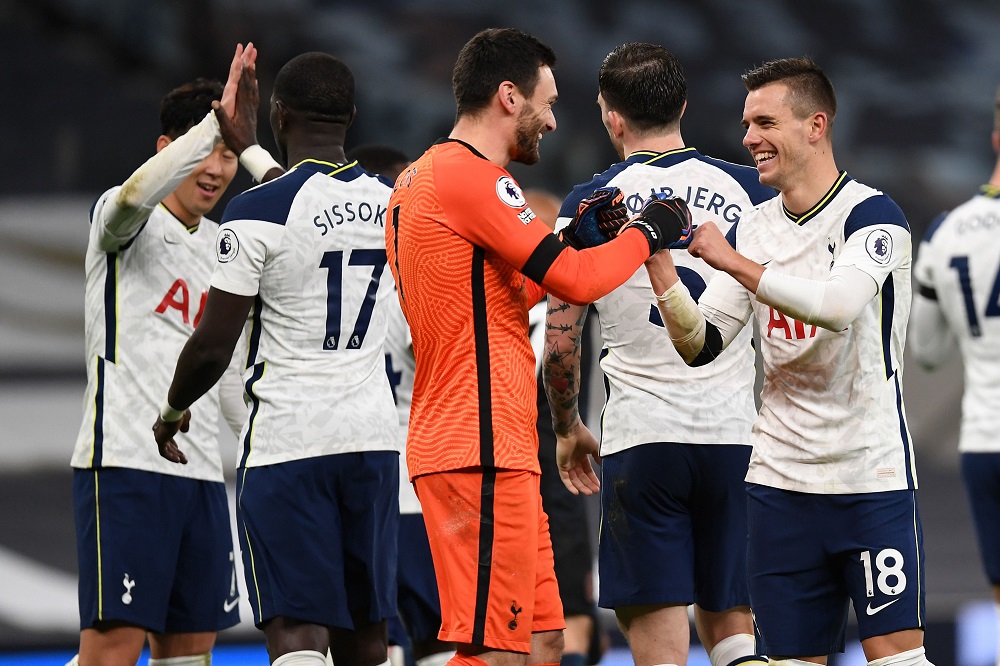 Ever since the arrival of Jose Mourinho at the club, Tottenham Hotspur have been showing great football. In fact, the Premier League giants are ruling in the Premier League as they have only lost 1 match and drawn 2 until now. However, it was now time for a thrilling clash as they were going up against Manchester City. Mourinho was now going to face his former Manchester derby rival Pep Guardiola. The two have had a great rivalry since Mourinho’s management days at Manchester United and hence, this match was going to be nothing short of a roller coaster ride. So, both the teams were all prepared and determined to get 3 points from a victory in this match. A win would see Tottenham climb to the top whereas Manchester City could find a spot in the Top 8.

The match started as Tottenham kicked off and their counterparts Manchester City were pressing highly. As a result, the former lost the possession easily. However, they still managed to score the first goal of the game as Son nutmegged Ederson. Ndombele collected the pass from Hojbjerg and chipped it over the City defenders. Heung-Min Son immediately dashed down and put the ball past the Manchester City defender to give his team a 1-goal lead. However, City did not get pulled down by this and continued their high pressure and possession game. They even managed to create a good chance but De Bruyne’s shot hit Jesus who was offside.

On the other hand, in the 13th minute, Tottenham thought they had got another goal as Kane tapped in Son’s pass into the goal. However, the linesman immediately raised the flag to declare Kane offside, and hence, the score remained 1-0 in Tottenham’s favor. Finally, in the 27th minute, Manchester City thought they had equalized the scores. Laporte smashed the ball into the back of the net after Jesus passed him. However, their goal was canceled as in the buildup of the goal Jesus had collected the ball with his hand. So, the game continued as the score at the end of halftime was 1-0.

😍 Of course you want to watch it again… #THFC ⚪️ #COYS pic.twitter.com/KT1Sz0Gt93

The second half began and now Manchester City were all charged up as they were looking for an equalizer. Consequently, they had good possession of the ball. However, they were not able to create many chances or even convert the ones that they got. On the other hand, Tottenham managed to score their second goal as Lo Celso came in as a substitute for Ndombele. He had been subbed in the 65th minute, and immediately doubled the lead for his side. As a result, Tottenham was in a 2 goal lead and the match ended with that. Spurs had beaten City by a score of 2-0 even though they hadn’t got much possession of the ball.

With this victory, Tottenham climbed to the top of the points table. They’ve now won 6 matches, drawn 2, and lost only 1. Manchester City, on the other hand, dropped down to the 13th position. They lost their second match of the season against the Spurs. Anyhow, there are still a lot of matches remaining and it won’t take much time for Guardiola’s team to rise up the ranks. So, they will be gearing up for their match against Burnley now whereas Tottenham will be up against Chelsea in their next fixture.