In the recent turn of events, the UFC Lightweight Title fight is on the line. The belt belongs to nobody now, and the fans are waiting for a title fight. Previously, Charles Oliviera was stripped of his title because he missed the weight cut by 0.5 pounds. As bizarre as it may sound, the rules are the rules that every fighter must follow. Charles was given a second chance to cut down on his weight, but he was unable to do so. This was in his title fight against Justin. He went to the octagon as a non-champion but still managed to win the fight. Now, the belt is empty, and there has to be a contender who can fight Charles Oliviera for the title.

So we bring you good news. Islam Makhachev is now the number one contender for the title fight against Charles Oliviera. The news has been confirmed, and the announcement has been made. October 23rd is the date that has been fixed for the fight. It will be held in Abu Dhabi, where Khabib and his company feel the most comfortable. Charles has already stated that it doesn’t matter who is challenging him because he knows that there is only one winner, and that is Charles Oliviera. This is the type of matchup we have been looking for for a very long time. Let’s see who comes out on top.

Also Read: Kamaru Usman Colby Covington: One Of The Best In The UFC

Charles Oliviera is the best choice for the UFC Lightweight Title fight. He is a champion without the belt, unfortunately. His journey in the UFC has been amazing and is the exact story of an underdog. When he first joined the organization, it was terrible for his career. Oliviera lost a lot of matches before he started winning some. There were times when he would lose to anybody and against fighters of not the highest quality. It looked as if Oliviera’s time had come to an end, but his performances started rising all of a sudden. Fight after fight, Charles kept on improving. His jiu-jitsu became better, his overall technical ability improved, and he had great submission skills. All of this contributed to who he is today. After 11-win streaks, Oliviera has reached where he is today, at the top of the division.

Islam Makahchev comes from Khabib’s lineage. We are all aware of the pressure he is under, but it would be wrong to say that he is any less than Khabib. With an unfortunate loss in his UFC career, Makachev cannot keep the unbeatable image alive as Khabib did, but there is a lot more to win. Islam dominates his fights as Khabib used to, and his fighting style is pretty similar. Some even say that he is more aggressive than his predecessor if that is true. But one thing is true for sure, and that is the hunger and desire to reach the top. Makahchev has everything one needs in the game, and the title fight can not be more exciting than this. 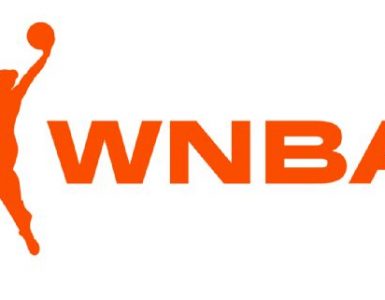