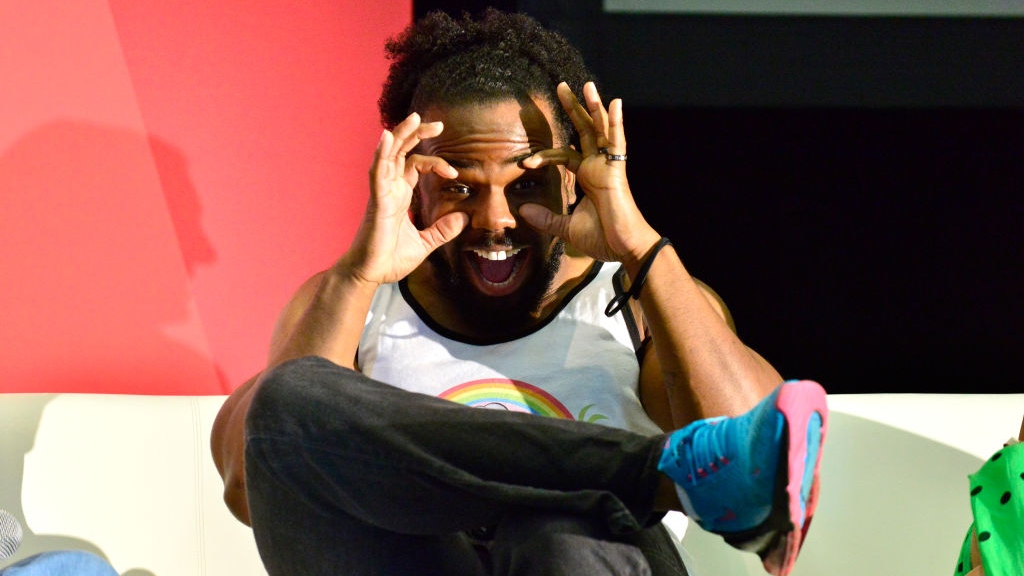 What Is Xavier Woods of WWE Pursuing A Ph.D. In?

The following article is about WWE Superstar Xavier Woods and what is he pursuing a P.D. in. There are hundreds of wrestlers who have wrestled in the WWE ring. Some of them got all the fame of the world while some had to leave the company without anything. The fans enjoy the brawls, but they never see what the behind-the-scenes are like. Moreover, they love a wrestler or hate a wrestler, but they never truly understood a wrestler. Some of the wrestlers have a professional background other than a wrestling career. Some people know about it, but most of them are busy enjoying themselves.

Recently, it came to light that Xavier Woods, one of the members of New Day, is currently pursuing his Ph.D. degree. It may come as a shock, but the person who does funny gigs in the ring has such a high educational background. Xavier Woods has been in the wrestling business for quite some time. It was also revealed that other than his academic background he also has other achievements which many people do not know about. This article is to enlighten those people about Xavier Woods’ career. So without further delay let us get right into the topic and see which subject is the wrestling pursuing his Ph.D.

What Is Xavier Woods Pursuing A Ph.D. in?

Currently, Xavier Woods is pursuing a Ph.D. in Educational Psychology. This alone shows that he is such an amazing person who very maintains his academic side as well as the professional side. Xavier Woods’ subject of preference deals with the learning abilities of the human brain. Educational Psychology focuses on the procedure as to how the brain processes every piece of information. The brain has different ways in which it can perceive information. This degree teaches a person which is the best way to know information for a longer period, without forgetting it.

Apart from the championships, he also has several accolades under his belt. Xavier Woods won the WWE Year End Award in 2019 for being one-half of the best men’s tag team. In 2020, he also won the Slammy Award for the best in-ring dress code. In 2021, he reached the pinnacle of his career. In Crown Jewel, he has been crowned the King of the Ring. After winning the competition he changed his name from Xavier Woods to King Woods. Xavier Woods along with his New Day members, Big E Langston and Kofi Kingston, hosted Wrestle Mania 33.

Apart from his Educational Psychology Ph.D. and WWE titles, Xavier Woods also has other achievements. Xavier Woods has already completed his Bachelor’s degree twice; Philosophy and Psychology. Before pursuing his Ph.D., he completed his Master’s degree in Psychology. Xavier Woods is a huge fan of video games. He has a YouTube channel under the name UpUpDownDown, with more than two million subscribers. The channel focuses on video games. Xavier Woods is a person of many talents. He will soon achieve doctorate status. An active member of social media, he daily posts pictures on his Twitter account. Who knows, maybe he has other hidden talents, which are yet to be revealed. We all should aim to be as versatile as Dr. King Woods.