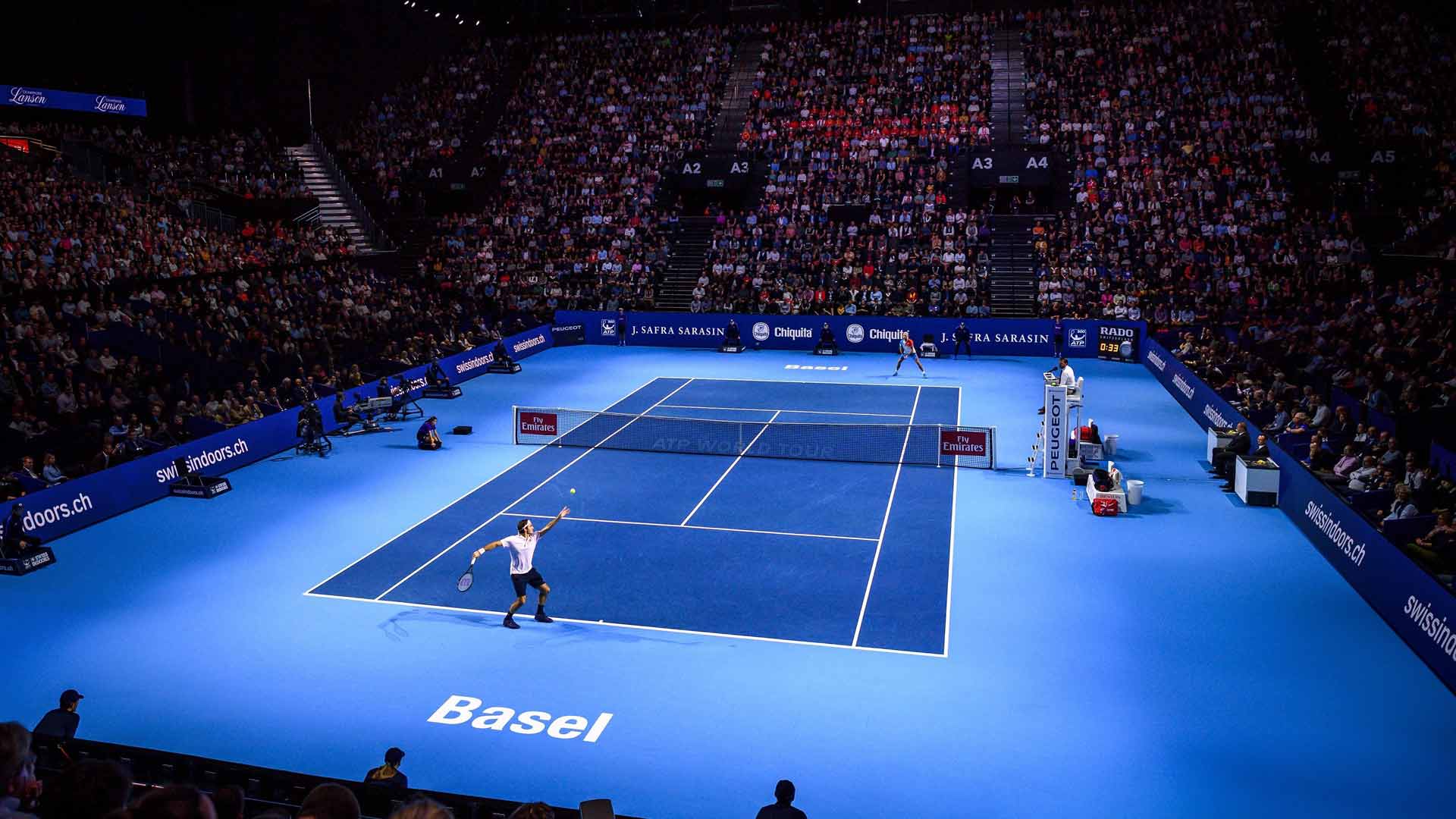 The following article is about the Swiss Indoors which was to be held in Basel got canceled. The tennis fans were overjoyed with the number of tournaments they were getting to enjoy. But everything has a time limit. People may get confused about what is going on. For those of you who do not understand, the Swiss Indoors Basel got canceled. The European Open is currently going on, and the people hoped to get more action, but it was all in vain. The pandemic was a difficult time for us, and it looks like it is again starting to make it difficult for us. Rumors were going around about the tournament, but nothing was confirmed.

But in their latest announcement, ATP officials declared that the Swiss Indoors Basel will be canceled for 2021. Not only for the fans, but it is sad news for the tennis players too. The players want to bring smiles to the faces of their fans. In the last few tournaments, the WTA and ATP officials were allowing people to have a live experience, but this sudden change came as a surprise to many. The details regarding the situations have been revealed, and we will present them to you in this article. So without further delay, let us get right into the details and see why the tournament was canceled.

Why Was Swiss Indoors Basel Got Canceled?

The Swiss Indoors Basel was canceled due to the rising cases of Covid 19 pandemic all over the world. Due to the situation being under control, all the previous tournaments were commenced but now, the situation has completely changed. The lives of people matter more than any sport. In an interview, the chairman of ATP, Andrea Gaudenzi said that the global pandemic is a hard hit on tennis, and it is disappointing to announce that the tournament will be canceled this year. All the members of the committee gave their best, but it is an unfortunate situation.

Andrea Gaudenzi also added that she along with her whole team will try their level best to bring back the Swiss Indoors Basel in 2022 and make it one of the best events of the upcoming year. In another interview, the President of the Swiss Indoors Basel, Roger Brennwald said that it was a hard decision to cancel the tournament but ultimately along with ATP, they came to this conclusion. They are sorry to the players and will invite them to the tournament with respect again in 2022. Just like Andrea Gaudenzi, Roger Brennwald also said the same thing about the tournament happening in 2022.

Swiss Indoors Basel is was founded in 1970. The matches are played in the St. Jakobshalle. The headquarters of the event are located in Basel, Switzerland. It is one of the events under the ATP Tour 500. To date, there have been 49 editions of the event. It was in 2019 that the tournament was last held. For the first few years, matches happened in carpet court, but since 1978, the matches have been played in hard courts. Roger Federer holds the record of winning the most number of titles. He won the titles ten times and played in 15 finals. Apart from singles titles, there are also doubles titles, but both are in the men’s category. For more information, people can always check up the official Swiss Indoors Basel site.

The current doubles title winner is Jean-Julien Rojer and Horia Tecau. Apart from Roger Federer, there have only been two Swiss players to win the title in the past; Michel Burgener and Jakob Hlasek. Roger Brennwald has been involved with the tournament since it started in 1970. The prize money for winning the Swiss Indoors Basel is 1984420 Euro. The tournament mainly features the best Swiss players. From 1977 to 1989, the event was under the Grand Prix tennis circuit. From 1990 till 1999, it fell under ATP World Series. Since 2000 it was fell under ATP International Series. Finally, from 2009 it fell under World Tour 500 Series. Ebel and Davidoff were the past sponsors of the event.