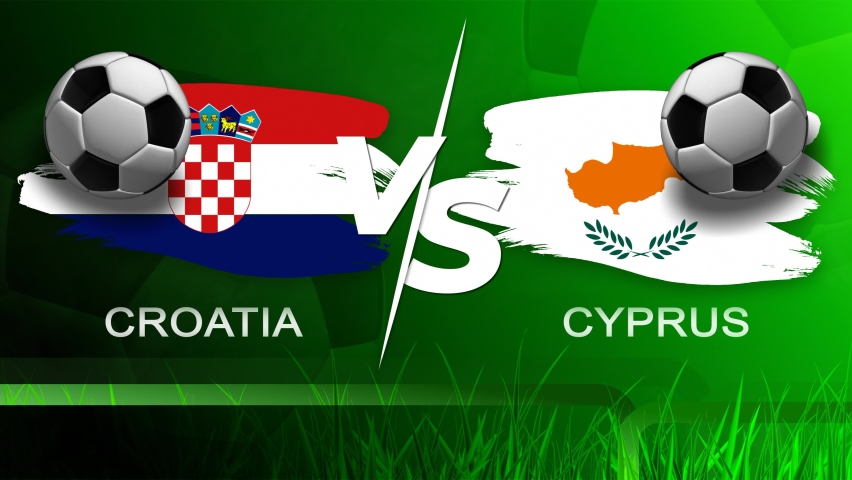 The following article is about the prediction of the match between Cyprus and Croatia. The football fans are creating uproar all over the world with the international break happening this weekend. The league games will be back again the next weekend. This time there will not be any friendly matches. Football fans often hate the international break as there will not be any competition. But this time the international break will feature the 2022 Qatar World Cup qualifiers. Yes, I am as excited as you are. Again we will get to see our favorite teams in action with the hope of qualifying for the world cup. Several interesting matches will be taking place this weekend.

Out of all the interesting matches happening on the weekend, the most exciting will be the match between Cyprus Vs Croatia. Both of them are footballing nations and are making a name for themselves. Both of the teams are opposite and will be keeping their differences aside before facing each other. The group H match is sure a high voltage match among all the other qualifier matches. The details surrounding the match have been revealed by the officials. So let us get right into the topic and discuss the upcoming match.

Cyprus vs Croatia: Kick-Off And Channel

The match between Cyprus and Croatia will happen on the 9th of October 2021, with the kick-off time being 12:15 A.M. according to the Indian Standard Time. Cyprus will be facing Croatia in their home ground, AEK Arena, located in Larnaca. Only 7400 fans can get tickets to the match as only the mentioned number of seats are available at the stadium. If you want to have a live experience of the match, the tickets are available online for purchase. For international viewers, the match will be broadcasted live on ESPN+ and Fubo TV. For Indian football fans, fans can watch it on the Sony Sports Network Channel. The match can also be streamed on the Sony LIV app and the Jio TV app.

Cyprus is one of the lesser-known countries that play football. But they are not a team to be underestimated. In whichever tournament they play, they are always considered to be the underdog. Cyprus’ performance in the world cup qualifiers is quite disappointing. They are the last team in group H. From 6 matches they only managed to get 4 points. They only won one match, drew one match, and lost on all the other occasions. With the likes of Loizos Loizou, Grigoris Kastanos, Pieros Sotiriou, Konstantinos Laifis, etc., Cyprus is going to be the next big thing in European football.

Coming to Croatia’s side, whatever we say will be less. With each year, they are leveling up and giving thrashing every team coming in their way. The 2018 World Cup finalist is one of the European Giants in international football. Previously Croatia was considered the underdogs, but now their opponents respect them. Croatia is currently at the top of the group with 13 points in 6 games. Croatia has one of the best players of this generation. Luka Modric is exceptionally good, and anyone hardly ever comes to his level. The squad also has other world-class players like Ivan Rakitic, Mateo Kovacic, Domagoj Vida, Andrej Kramaric, etc.

The match between Cyprus and Croatia will be a case of an adrenaline rush. Cyprus will try to keep their hopes of qualifying alive by winning this match. It will be a difficult feat to attain, but we always hope for the best. On the other hand, Croatia has already placed on leg on Qatar and will try to keep their stronghold throughout the qualifiers. The levels of uncertainties in football are unimaginable, but we are sure to have a good match on the 9th of October. Let us hope that the best team wins and keep supporting our favorite team. Do not forget to give us your feedback on the article.