Manchester City Thrash Chelsea To Climb Up To Top 5 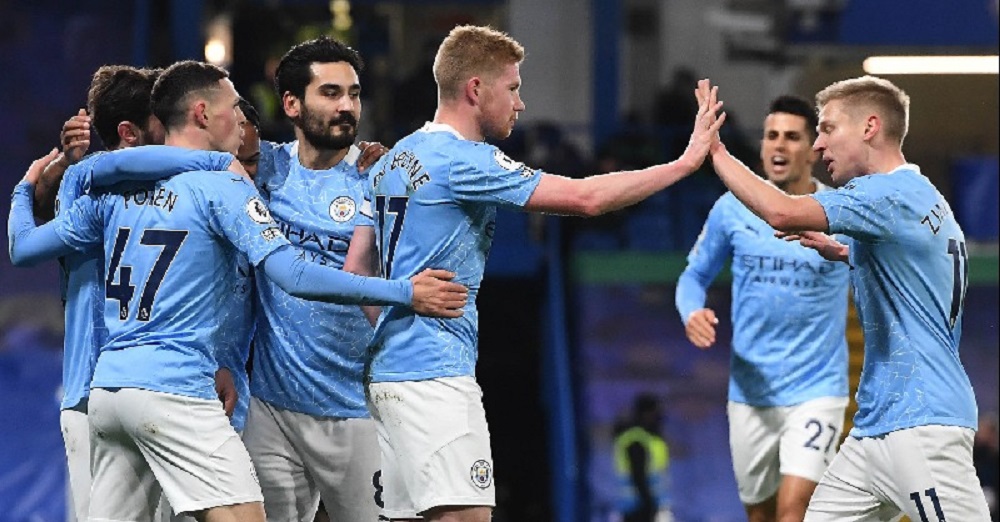 Manchester City thrashed Chelsea to climb up to the Top 5 on the points table.

Manchester City played against Chelsea yesterday in their 15th fixture of the season. On the other hand, it was Chelsea’s 17th match of their campaign. Anyhow, both the teams were looking forward to pick the 3 points from this game and climb up on the points table. Manchester City could move up to the Top 5 as they had 29 points as of now. They had won 7 matches, drawn 5, and, lost 2 as of now. Chelsea, on the other hand, had 26 points. They had won 7 of their 15 fixtures, drawn 5, and lost 4. So, it was going to be a match full of thrill with a tight competition.

The match began as Manchester City kicked off and they were looking forward to play the possession game. However, Chelsea wasn’t going to be easy as they were pressing highly to steal the ball from them. But, Manchester City managed to maintain their calm and were creating many chances. As a result, in the 18th minute, they had their first goal that came from Gundogan. The midfielder made a brilliant turn and shot the ball straight into the goal to give his side an early lead. However, that was not it as just 3 minutes later, Foden doubled the lead for Manchester City. After a great nutmeg assist from De Bruyne, Foden placed the ball excellently into the bottom left corner of the goal. Consequently, Manchester City was now leading by 2 goals.

Even then Pep Guardiola’s men were not ready to go easy as they were still looking for more goals. As a result, in the 34th minute, Kevin De Bruyne scored the third goal for Chelsea. After a great curling effort from Sterling that took a deflection off the post, the ball went straight to De Bruyne. The Belgian midfielder took a simple shot into the right corner of the net to triple the lead for Manchester City. But, the match wasn’t done yet and both teams were still looking to score. However, soon came the halftime whistle with Manchester City leading by three goals.

The second half began and now Chelsea was desperately looking for goals. However, Manchester City was still dominating the play and creating chances one after the other. But, this time they weren’t able to convert them easily. Mendy made some brilliant saves to deny Pep Guardiola’s men. Finally, in the 92nd minute, Chelsea were able to find themselves consolation as Hudson-Odoi scored a goal for them. After a good assist from Havertz, Odoi made a clinical finish to help Chelsea face a 3-1 defeat. Manchester City emerged glorious in this 3-1 victory and had completely dominated in this game.

Your @EASPORTSFIFA Man of the Match is…

With this win, Manchester City moved up to the 5th position and are now just 4 points away from the table toppers with a game in hand. Chelsea, on the other hand, fell down to the 8th position in the points table as they lost their 5th game of the season. Anyhow, both the teams will now be dedicating their time to prepare for their next games. Chelsea will be facing Fulham whereas Manchester City will be up against Brighton.