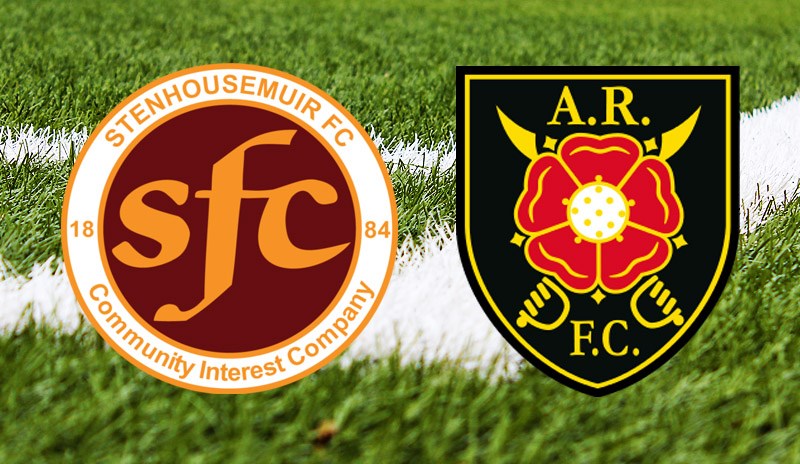 The following article is about the prediction of the match between Stenhousemuir vs Albion Rovers. Apart from England, other countries in Great Britain play football and have their league. The local teams take part in those leagues and make a name for themselves. Over the years, they have gained massive popularity and established the league as a whole. In Great Britain, apart from English leagues, the most-watched leagues are from Scotland. The Scottish Premier League is quite popular and even has fans overseas. The winner of the Scottish Premier League takes part in UEFA Champions League.

These are known things, but what people do not know is that Scottish League Two is also quite popular. The locals daily follow the news to get updates on the league. Several interesting matches are taking place every week. In the upcoming week, too several matches will take place. Out of those matches, Stenhousemuir vs Albion Rovers is the one to watch. The fans will be present at the stadium to support and cheer for their favorite team. The match details are out there. In this article, we will present all those details about Stenhousemuir vs Albion Rovers.

Stenhousemuir vs Albion Rovers: Players To Watch Out For

Stenhousemuir is one of the best teams of Scottish League Two. They perform quite well in every season. But in the 2021/2022 season, something is missing from their performance. Stenhousemuir is known to win matches, but this season they seem to forget that thing. Their fans are yet to be satisfied. Currently, Stenhousemuir is in the 8th position of the Scottish League Two. In eleven matches, they have got twelve points. They lost five matches and won and drew in three matches each. After continuing a disappointing run, they won the last two matches back to back. James Lyon, Ross Forbes, Robert Thomson, Nicky Jamieson, along with the whole squad, need to give their best for the team.

Albion Rovers are comparatively having been the better team this season. They delivered good football. But the fans are still not happy with them. They believe that the team can perform much better and challenge the teams at the top of the league. Currently, with thirteen points in eleven matches, Albion Rovers are residing in the 6th position of the league. They won on four occasions, drew once, but lost six times. Albion Rovers lost several matches in between but finally got on their winning tracks in the last couple of matches. Kyle Doherty, Charlie Reilly, Jordan Morton, Callum Wilson, etc., are all good players in the Albion Rovers squad.

Stenhousemuir vs Albion Rovers will happen on 10th November 2021. The match is scheduled to kick off at 1:00 A.M. according to the Indian Standard Time. The match will take place in Ochilview Park. Unfortunately, football fans in India cannot watch the match as no network will broadcast the match. Coming back to the details, Stenhousemuir vs Albion Rovers will not change the points table much. The top team is at thirty points, and these two teams are miles off. But still, a win in this match will help them get closer to that point. Both teams have found their winning boots and will be looking to continue that run.

Stenhousemuir will try to pressurize the other team while Albion Rovers will focus on counterattacks to score goals. Two top teams will clash, and the fans can expect several chances created. The first team to finish will snatch the points from the other teams.  Keeping note of all the tabs, it is looking like Albion Rovers will win this match. But these are just predictions; the final result will speak the truth. Do not forget to give feedback on the article.