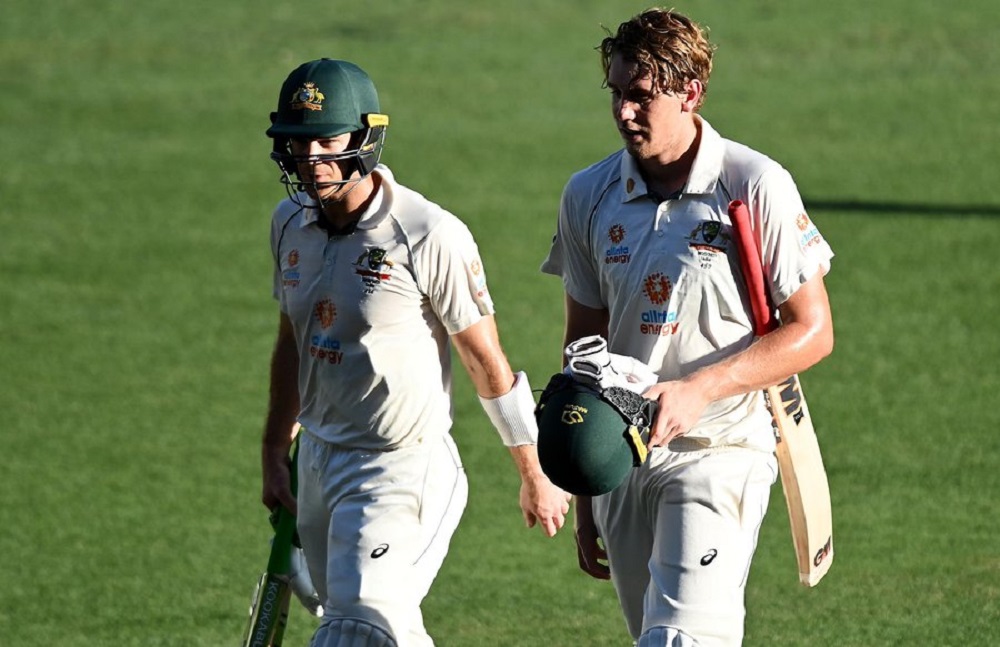 Australia dominated Day 1 of the 4th Test match against India at the Gabba to take a 274-run lead..

The India tour of Australia has almost come to its end as the fourth and final test match of the Vodafone Test Series began today. It has been a really interesting series to watch until now. Australia won the first match to show their dominance as they humiliated India. They got the visitors all-out for a total of just 36 runs. This was India’s lowest ever test innings total. However, the tourists made a historic comeback to win the second Test match and level the series at 1-1. Then, with brilliant efforts from the Indian players like Vihari and Ashwin, India managed to draw the third Test match. As a result, it all comes down to the fourth and final match now.

If India wins this or even manages to draw, they’ll take home the Border-Gavaskar Trophy but if they lose this match, Australia will be conquering the title.  However, it wasn’t going to be really easy for India to draw or win this game. Many of their star players were missing due to injuries. Consequently, their playing 11 consisted of two debutants and a rather inexperienced team. Washington Sundar and T. Natarajan were making their debut. Apart from them, Mayank Agarwal replaced Hanuma Vihari and Shardul Thakur came in place for Jasprit Bumrah. So, it was going to be a really interesting and exciting game.

The stuff dreams are made of. A perfect treble for @Natarajan_91 as he is presented with #TeamIndia's Test 🧢 No. 300. It can't get any better! Natu is now an all-format player. #AUSvIND pic.twitter.com/cLYVBMGfFM

Let's hear it for @Sundarwashi5, who gets his #TeamIndia 🧢 from @ashwinravi99. He stayed back after the white-ball format to assist the team and is now the proud holder of cap number 301. 💪🙌 pic.twitter.com/DY1AwPV0HP

The match began as Australia won the toss once again and opted to bat first. Their intention seemed pretty clear as they wanted to set up a big total in front of the visitors and then put them to a chase. Consequently, they would want to get them all out soon and then give a follow-on. Basically, the hosts would give their best to win this match as they wanted to win the Border-Gavaskar Trophy. So, David Warner and Marcus Harris came to open the innings for Australia. However, they did not get the start that they must have accepted as Mohammed Siraj struck in his first over to dismiss David Warner (1 in 4).

Consequently, Marnus Labuschagne came in at 3. He was settling in really well with Harris (5 in 23) until the latter got out in the 9th over. So, Steven Smith came to the crease. Now, Smith and Labuschagne were playing excellently as they were defending their wicket and getting runs on the scoreboard too. However, finally in the 35th over, Washington Sundar took his first test wicket to dismiss Smith (36 in 77).

Can India manage to win the 4th test and create history at the Gabba?

Overall, it was a good day for Australia as they managed to defend their wickets and also get a good total on the scoreboard. Moreover, with still 5 wickets in hand, they’ll look forward to setting up a big total for the Indians. They will try to capitalize tomorrow and then try to get India all out on the remaining 3 days. However, it won’t be that easy because even though India doesn’t have many experienced bowlers, they have some really good talent. Consequently, this Indian side might be the one to end Australia’s 33-year reign of never losing a match at the Gabba (Brisbane). Anyhow, tune in tomorrow morning as the play for Day 2 will start at 10 AM (local) and 5:30 AM (IST).