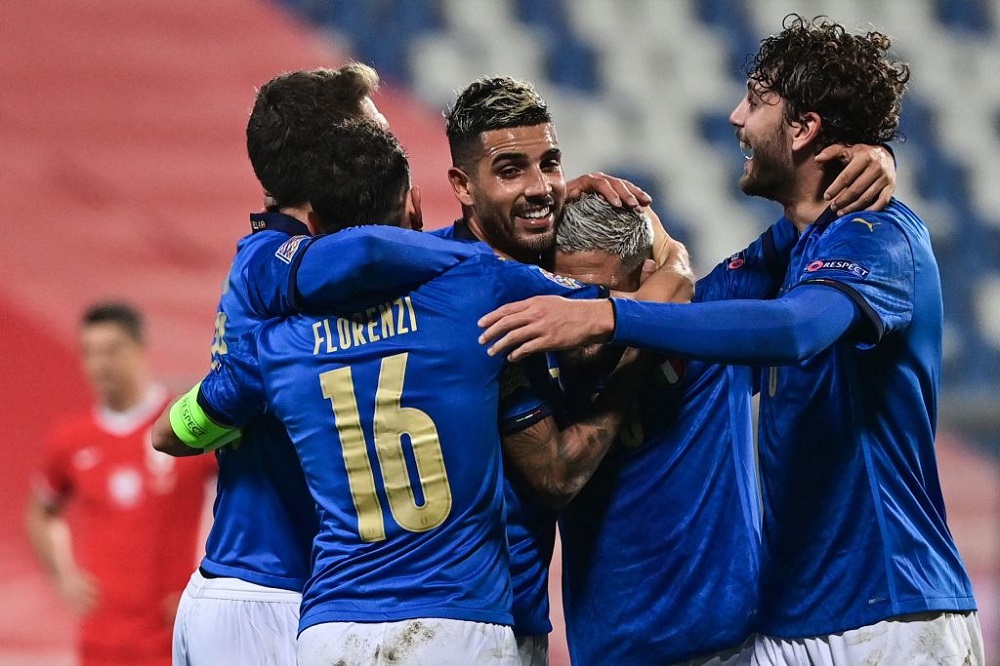 Italy defeated Poland to become the table toppers of League A Group 1.

The UEFA Nations League is back with its final two matchdays that will give us the final 4 for the league. The international break began on 10th November as club football came to a rest. This year, the start of all the leagues was delayed as the previous seasons finished late. So, there was even a delay in the international fixtures. Anyhow, the Nations League returned on 14th November with matchday 5. We got to see some really interesting matches such as France vs Portugal, Belgium vs England, Spain vs Switzerland and more. However, now it was time for a really exciting match between Poland and Italy. The match was going to be worth watching as the winner would rise to the top of the points table. So, let us see what happened during the match.

The match began and Italy kicked off. The Italian side were playing really well as they were maintaining good possession of the ball and also creating many chances. In fact, it seemed like they were completely dominating Poland. However, even after being able to create chances, they didn’t really manage to convert any of them. The Poland goalkeeper W. Szczesny made some brilliant saves to deny the Italians. However, in the 20th minute, just when Italy thought they had their first goals, the referee denied them. It would have been a great goal from Insigne but Belotti was blocking Szczensy and as a result, the score remained tied at 0-0.

However, finally in the 26th minute, Italy won themselves a penalty. Krychowiak held a player inside the box due to which the referee awarded a penalty to the opposing side. So, now Italy had a chance to put themselves in lead and that is exactly what Jorginho did. He shot the ball slowly into the left corner of the net after sending the Poland keeper the wrong way. With that, Italy began their lead of 1 goal. However, they did not seem to stop as they were looking hungry for more goals. They continued dominating Poland in possession as well as a number of chances. But, at the end of halftime, the score was still 1-0 in Italy’s favor.

Poland needed to step up their game or else they were going to lose badly. Their opponents had completely dominated them in the first half as the ball barely seemed to be in Italy’s half. Now, the second half began and Poland kicked off. However, nothing seemed to change as Italy was again dominating in possession as well as the chances created. In fact, after trying a lot, finally in the 83rd minute, the Italians sealed the victory with their second goal. Domenico Berardi scored a beautiful goal to double his side’s lead. He took a fake shot to dribble past a defender and then shot the ball into the right corner of the net thereby tricking the keeper.

Just like this, Italy won the match against Poland by 2-0. On the other hand, their group rivals Netherlands defeated Bosnia and Herzegovina to pick 3 points from a victory. However, Italy rose to the top of the points table as they now had 9 points. Netherlands is now trailing by 1 point at the 2nd position as they have 8 points. On the other hand, Poland is at the 3rd position with 7 points whereas Bosnia and Herzegovina at the bottom with 2 points. Now, any of the 3 top teams can qualify, so matchday 6 is definitely going to be exciting. So, brace yourselves for the final gameday as Italy will be up against Bosnia and Herzegovina whereas Poland will be facing Netherlands.