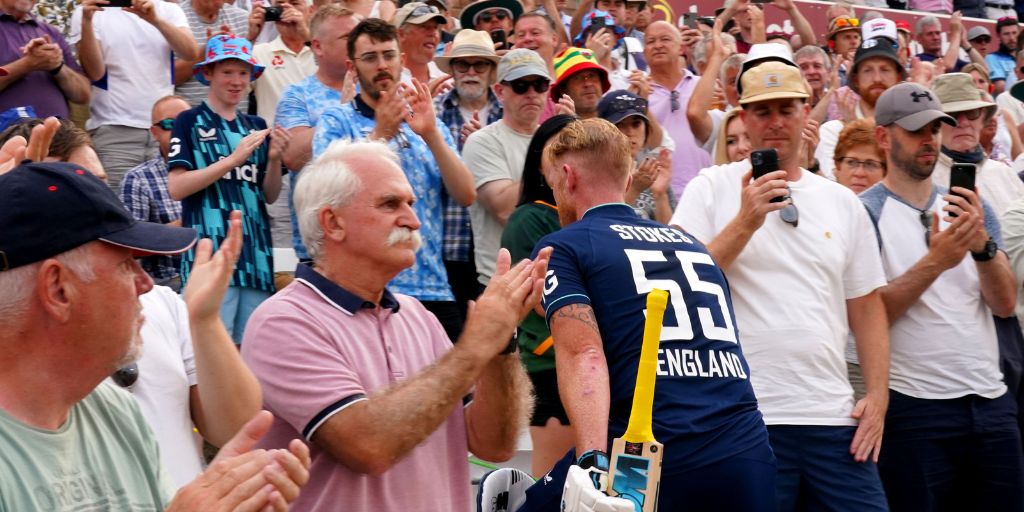 If a prime athlete like Ben Stokes has to retire due to too much cricket on the calendar, then it needs looking at. The England all-rounder recently called it quits from the ODI format. He took to social media to announce the news. Although, he slated a few valid reasons behind this sudden move. However, the point of too much cricket on the calendar was the most concerning one. It has been criticized for a long time now.

Nevertheless, Stokes’ ODI retirement has made it the talk of the town once more. Speaking of his retirement, Stokes mentioned that the players are not cars running on diesel. He labeled the cricket calendar these days as unsustainable. Such a drastic move from one of the fittest cricketers around came as a shock to the cricketing world. At 31, he promises a lot of cricket in the coming years. Besides, Stokes is the current captain of the England Test team. He intends to continue that role for a long time to come. It is one more reason why he gave up on the ODI format.

Notably, Stokes’ last ODI match came against SA. England lost the game by 62 runs on the day while Stokes got a fitting send-off from the crowd. Notably, he was instrumental in England’s first-ever ODI WC win. His 84-run winning knock in the 2019 ICC WC Final won him the man of the match award. Moreover, his fielding abilities have earned him plenty of plaudits throughout his career. With over a hundred matches and 74 wickets, he will go down as one of the most influential ODI players of the modern era. Notably, plenty of messages poured in as soon as Stokes dropped his retirement plans.

Also Read: Standing The ‘Test’ of Time and World Cricket: A look back at Sourav Ganguly and MS Dhoni as India Captains!

The bizarre ways in which the cricket calendar is piling up!

Ben Stokes took over as the England Test captain from Joe Root in June. They also had a new coach in Brendon McCullum. It was a much-needed change for the side, given England’s dismal run of one win in 17 tests. Nevertheless, the ECB decided to overlap an ODI tour of Holland while the all-important test series was going on. England did manage to win both the series with comprehensive displays. However, the underlying text of there being just too much cricket was on full display. Not only the players but the viewers also find it tough to cope with the overdose.

Australian batter Usman Khawaja believes that the ODI format has slipped down to the third priority in the game. Besides, former England skipper Naseer Hussian slammed the current scheme of the cricket calendar. Furthermore, recently retired Eoin Morgan called Stokes’ early retirement a wake-up call for the cricket boards.

The Covid pandemic has also enhanced the fatigue of athletes worldwide manifold. The bio-bubble they are put in takes a toll on them mentally. Such a scenario demands an urgent rebranding of the cricket schedule. However, if the ICC will see into the matter remains a question.

What are the remedies for this issue?

First things first, the boards need to talk to the players and coaches to spot the problems. It will help them realize where they’re going wrong, something they seem blind to as of now. Also, former India coach Ravi Shastri has suggested a way to tackle the issue. He believes the bilateral T20 series needs chopping off as a reform. The domestic T20 leagues like the IPL and Big Bash are enough to spot the talents for the national sides. Shastri further says that the T20 WC must be the only T20 international event on the calendar. However, his opinion has received mixed reviews among the fans. Nevertheless, it has reason to turn out as a wise move in hindsight. Not only will it clear up the crowded schedule, but it will also bring attention back to the ODI format.

Moreover, we also believe that women’s cricket can come to the rescue for the ICC. Having a men-dominated cricket calendar is only making the game more monotonous. Also, it is not allowing the biggest stars to give their 100% on the field consistently. So, why not let the women have their deserving chance on the calendar, solely to themselves. It is high time that the ladies get recognition for their craft. One way to do that is to give them certain parts of the year without overlapping with the men. Also, it’ll help them flourish by demanding attention to their game. Eventually, a decision that allows the game of cricket to be in its optimum form is the need of the hour.