49ers And Chargers Legend Fred Dean Passes Away At 68 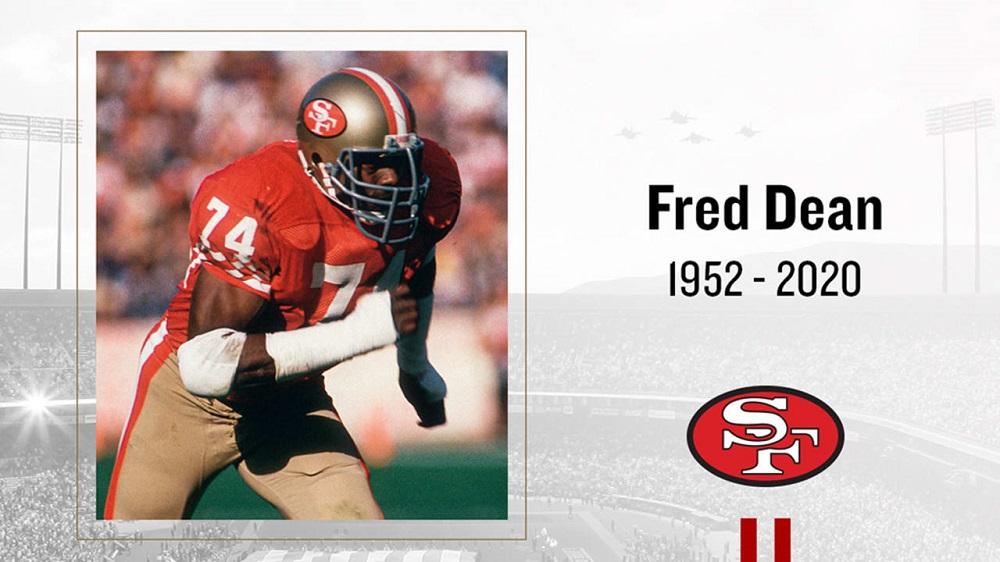 Former 49ers and Chargers legend Fred Dean passed away at 68

On Wednesday night, Frederick Rudolf Dean, more popularly known as Fred Dean died after being infected by the coronavirus. The pro-football Hall of Fame in Ohio confirmed his death stating that he was living at his native in Louisiana. Last week, he was hospitalized after testing positive for coronavirus. Later on, as his condition started getting worse, he was shifted to the Intensive Care and was put on a ventilator. His former teammate Dwight Hicks told this to the media. David Baker, the Hall of Fame President and CEO said that Dean has been a committed and brave athlete throughout his career. He has been a great example for everyone and all his values could be put to use by everyone. His legacy is here to inspire the upcoming generation.

On Sunday night, the 49ers went on to honor him by weaving his jersey number 74 on the back of the helmet of every player. Dean had his major career with the 49ers because of which everyone in the club had a special relationship with him. He started with San Diego Chargers, currently known as Los Angeles Chargers and San Francisco 49ers. He is inducted to the Hall of Fame of both the teams. After retiring from the NFL, he went on to become the home minister of Ruston. In 2008, Fred was inducted into the Pro Football Hall of Fame. He used to play at the defensive end. With the 49ers, he won the Super Bowl twice and Pro Bowl four times. He started off by playing college football and had seen a successful career in the game.

Honoring the past. Tonight’s #94Niners helmets will feature a 74 decal in tribute to the late great Fred Dean 🙏 pic.twitter.com/22BfR1OLpk

Everyone who knew Fred was better for it.

Our hearts are with the Dean family 💙 pic.twitter.com/TdlwL50c7v

Who was Fred Dean?

Fredrick Rudolph Dean was born on 24th February 1952 in North Louisiana. During his college at Louisiana Tech University, he got to play under Eddie Robinson. Eddie Robinson was a legendary coach who was one of the early black players to not only be a successful player but was also considered as an amazing head coach for college teams. In 1975, he was drafted to the San Diego Chargers and had a well-accomplished rookie season.

In 1981, due to a contract issue, he was traded to the San Francisco 49ers. During his time with the team, he filed a complaint saying that he was underpaid and in fact was the lowest-paid in the team. His contract was renegotiated after which he showed one of his best gameplays ever. Tom Danyluk also commented saying that he had shown one of the greatest sets to down ever. Winning the Super Bowl, he had his peak moment in the career. In 1984 Johnson, Billy Shields, and Kelcher joined 49ers who were his former teammates in Chargers.