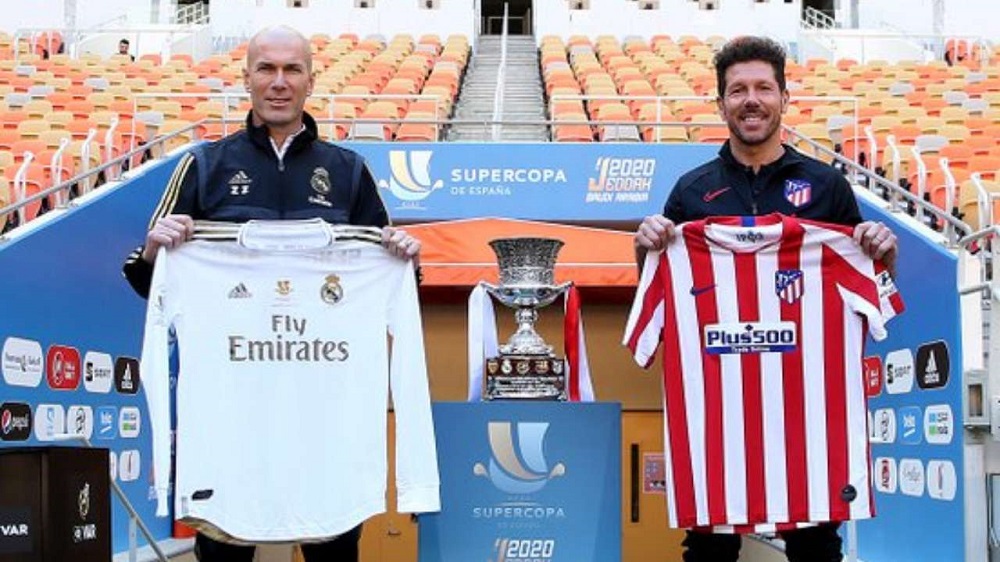 Atletico Madrid vs Real Madrid- The Madrid Derby is here and given below is how both the teams could line up for it.

With the UCL group stages over, the leagues will be returning to us with 2 fixtures every week. Consequently, in La Liga also, you’ll get to see your favorite team playing 2 times a week. However, the match that everyone is excited about this week is the Madrid Derby. Atletico Madrid will be facing their arch-rivals Real Madrid on 13th December. It will surely be interesting as the former is ruling the league sitting at the top of the points table. On the other hand, the latter has faced many difficulties and barely managed to qualify for the Round of 16 in the UEFA Champions League. Hence, everyone is excited for this match and the players will also be pumped up for the game. So, let us have a look at how the two teams might lineup for the game.

The Madrid based teams will be facing each other for the first time this season. The clash will be taking place at the Estado Alfredo Di Stefano, the home ground of Real Madrid. The former will be looking forward to maintain their winning streak in the league. They have already defeated Barcelona this season but so have Real Madrid. On the other hand. Real Madrid will try to bag the 3 points to move up the points table. Last time, the two teams met in the finals of the Supercopa de Espana where Real Madrid got the better of Atletico Madrid. They defeated the latter in the penalties by a score of 4-1. However, this time will be interesting to see as Diego Simeone’s men are in top form.

On the other hand, Zidane’s men have not quite shown their best this season. They barely managed to qualify for the UCL Round of 16 after getting a win in the last group stage match. So, it is going to be interesting as the two teams will be clashing once again. Even though Atletico Madrid is 6 points ahead of Real Madrid after playing 1 match less than them, the latter has a chance to make up the difference to 3 points. Anyhow, let us see how the two coaches might lineup for the Madrid Derby.