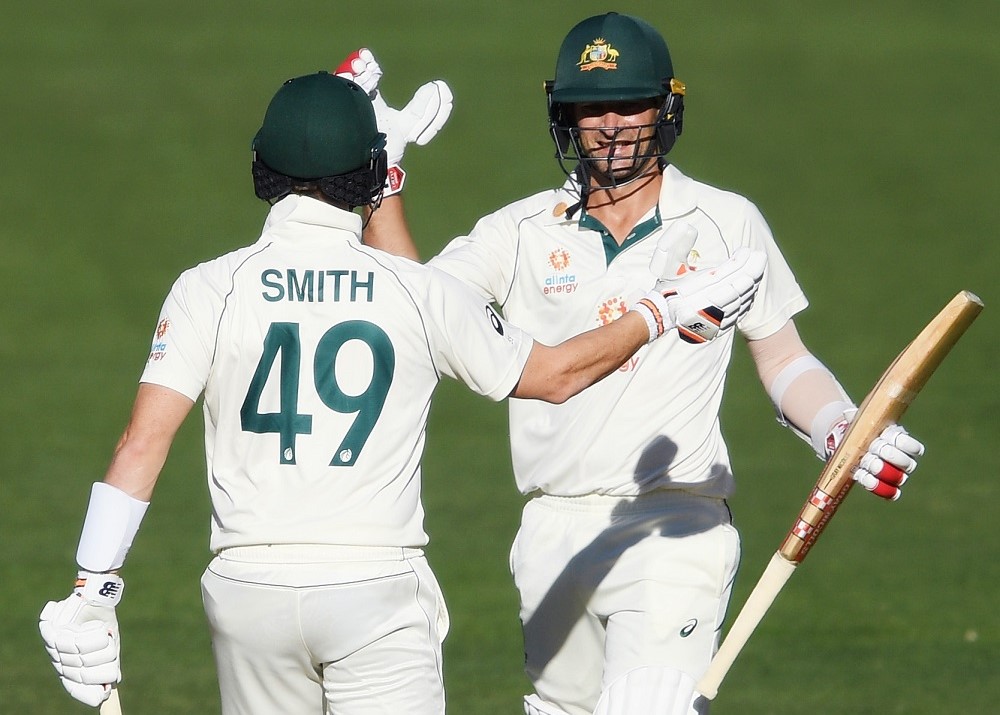 Australia humiliated India in their second innings to win the 1st Test Match of the Vodafone Test Series.

The 1st test match between Australia and India began on 17th December. It was a really special match for both the teams. This was the first match of the Border-Gavaskar Trophy series that was being played with a pink-ball. It was also special because it was a day-night match. Apart from that, it was also the last match that the Indian sk2ipper Virat Kohli was going to play. He was going to return to India after the first test match as he had taken paternity leave. Anyhow, the one thing that everyone knew was that it was going to be a really interesting game. So, let us see what happened during the match.

India won the toss on Day 1 and their skipper Kohli opted to bowl first. The intent from the captain was very clear. India wanted to bat first and set up a big target so they could dismiss Australia immediately and then give a follow-on. However, things weren’t going to be so easy for them. Within the first 20 overs, India lost their openers and were not looking in a good situation. At the end of day 1, they had lost 6 wickets at a score of 233. Virat Kohli (74 in 180) was the highest scorer for the team but he got run-out due to an error from Ajinkya Rahane. Pujara (43 in 160) and Rahane (42 in 92) were the other high-scorers for the day.

Day 2 began and now Wriddhiman Saha and Ravi Ashwin were on the crease. However, they didn’t last much as within the opening 5 overs of the day, India lost their remaining 4 wickets. They had registered a total of 244-10 in their 93.1-over innings. As a result, Australia now needed to score at least 245 runs to take the lead.

Matthew Wade and Joe Burns opened the innings for Australia. They didn’t get a great start and within the first 20 overs lost both their openers just like India. However, their middle-order also could not handle the pressure. As a result, their innings was summed up at 191-10 in the 72.1 overs that they played. Their skipper Tim Paine (73 in 99) was the highest scorer for them whereas Marnus Labuschagne (47 in 119) was the second-highest scorer for Australia. As a result, the Indian bowlers had done a great job. They had dismissed the entire Australian lineup within a single day to give India a 53-run lead.

There were just a few hours left for the day to end. So, India started off with their second innings. Mayank Agarwal and Prithvi Shaw opened for them just like before. However, Shaw was unable to handle the pressure as he lost his wicket to Pat Cummins. As a result, Jasprit Bumrah was sent in at 3 as a night watchman. He defended really well and after a loss of 1 wicket at a score of 9, Day 2 came to an end.

India was looking confident on Day 3 as they knew they had to bat through the entire day and get a good total on the scoreboard. After that, they could declare their innings and defend the target within the remaining 2 days. However, nothing of that sort seemed to happen. The entire Indian batting lineup was getting out one after the other. In fact, within 21.2 overs, they all got out to record India’s lowest total ever in a Test innings. India had only scored 36 runs after losing 9 overs and had to unfortunately declare after their last batsman i.e. Mohammed Shami got retired hurt. As a result, India’s innings came to an end, and now Australia needed 90 runs to win the 1st test match.

Matthew Wade and Joe Burns opened the innings for Australia once again. They knew only a few runs were needed and hence went for the shots from the beginning. They were playing a good partnership until the 18th over when Saha dismissed Wade with an outstanding run-out. However, the latter had done his job as he had scored 33 runs in 53 balls. So, Marnus Labuschagne (6 in 10) came in at 3 but he also got out in the 20th over. After that, Steven Smith (1* in 1) came to the crease and finished off the chase with Joe Burns (51* in 63). As a result, Australia had won the 1st test match to take an early 1-0 lead in the Vodafone Test Series.

The Vodafone Player of the Match is Aussie skipper Tim Paine for his crucial knock and outstanding work behind the stumps! #AUSvIND pic.twitter.com/dtKyBorruO

It was definitely one of the most shameful defeats for the Indian cricket team in their entire test history. However, it was not poor performance from the Indian players but rather excellence from the Australian bowlers that had outdone them. Anyhow, now Ajinkya Rahane will be taking charge of team India for the next test match against Australia. It will be interesting to see how the players perform without their star batsman and skipper Virat Kohli. So, stay tuned as the 2nd test match will be beginning from 26th December.