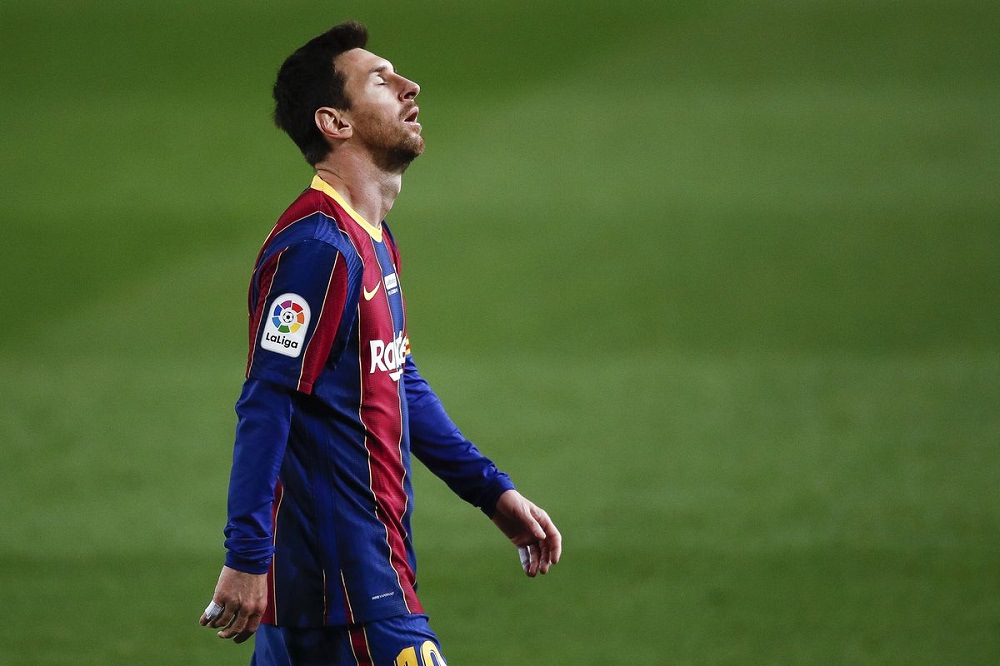 Barcelona Draw Against Valencia As Their Struggle Continues

Barcelona has not been in their best form in La Liga this season. Their position on the points table says it all as they’ve managed to win only 6 out of their 12 games till now. From the remaining, they managed to draw 2 but have lost 4 games. Anyhow, it was time for them to get back to their best form and start getting victories one after the other. They started boasting their skills with their back to back win against Levante with a late winner from Messi and a brilliant victory against Real Sociedad. Anyhow, it was now time for them to face Valencia. The latter was in the 12th position in the points table as they had won 3 games, and drawn and lost 5 each. So, it was going to be an interesting match.

The match began as Barcelona kicked off and they were looking forward to play their usual possession game. However, Valencia had some different plans as they were playing a high-pressure game. They were looking forward to dominate the Catalans by pressing a lot. As a result, they scored their first goal of the game in the 30th minute. It was a corner from Carlos Soler. Mouctar Diakhaby headed it into the right corner of the goal to put the ball past Ter Stegen. As a result, the visitors had managed to get the lead with their excellent gameplay.

However, Barcelona was not ready to give up. They continued playing their possession game and were creating chances now. As a result, in the injury time, Barcelona were awarded a penalty. Jose Gaya had taken Griezmann down in the box and was hence punished by the referee. Lionel Messi took the penalty as always but failed to score as Domenech made an excellent save. However, Alba immediately rushed towards the ball and hooked it over the goalkeeper. The ball found Messi who headed it into the back of the net with a great header. Consequently, the score at halftime was tied at 1-1.

The second half began and now the Blaugranas were looking to make an immediate impact as they wanted the 3 points from this match. Therefore, just 7 minutes into the second half, Ronald Araujo found the back of the net to make it 2-1 for Barcelona. He took an outstanding scissor kick to beat Domenech who couldn’t make a save. With this, Barcelona was now leading with a goal. However, Valencia was also not ready to give up. They kept creating chances in search of an equalizer. Finally, in the 69th minute, they did manage to equalize with a tap-in goal from Maxi Gomez. Gaya had put in a low cross into the box and Maxi Gomez made a great effort to beat Ter Stegen and score the equalizer. That was the final goal of the match as it ended in a 2-2 draw.

Barcelona had failed once again to win a match at their home ground i.e. Camp Nou. They had failed to win the 3 points for the game and had managed to get only 1 from a draw. However, this didn’t change their position in the points table as Sevilla also drew against Valladolid. On the other hand, Valencia did fall down to the 13th position below Real Betis. Anyhow, the Catalans will be looking forward to get up and prepare for their next match now. They will be facing Valladolid away from home whereas Sevilla will be up against Sevilla.