Barcelona Vs Granada: Predictions, Line-Up And How To Watch

Barcelona will be looking forward to returning to the winning ways 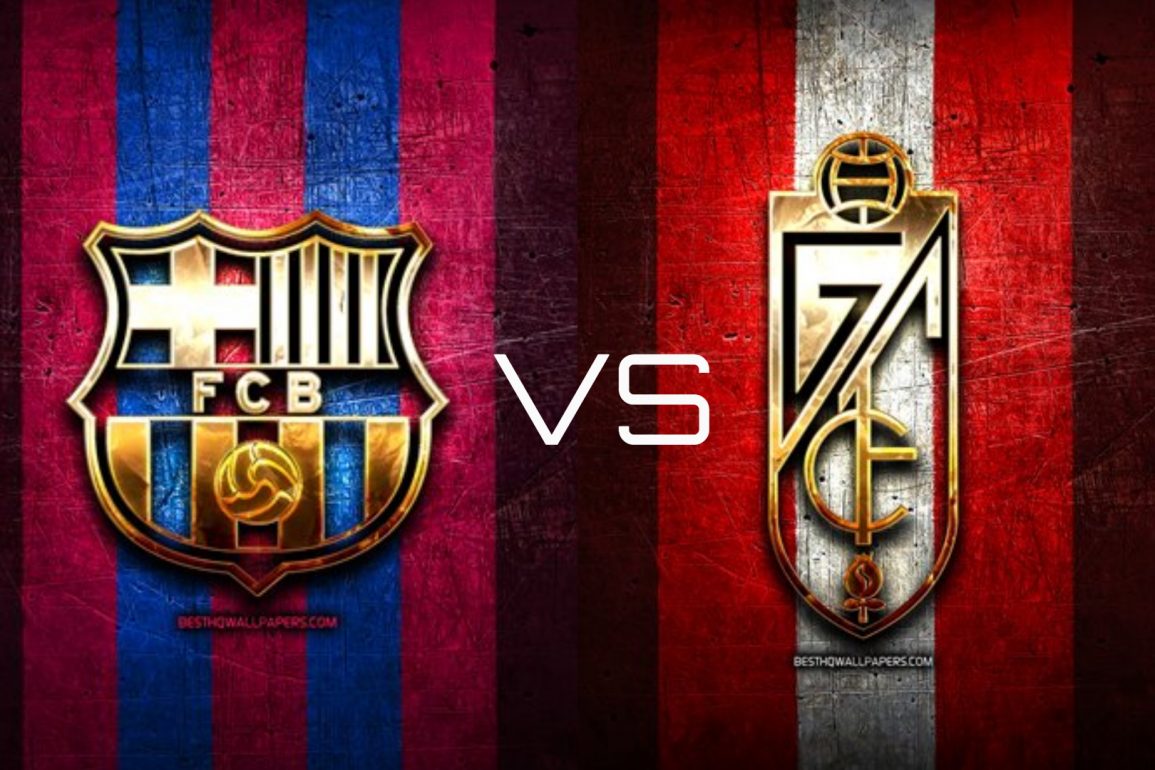 The Spanish top-tier football league La Liga is here with the 91st season and the fans have been super excited for the upcoming fixture Barcelona Vs Granada. The two most familiar teams you would know about are “Barcelona” and “Real Madrid”. The rivalry of these teams used to be something that fans eagerly looked forward to. This season while Madrid ranks second in the table, Barca has only managed to climb up to the 10th spot. The departure of its star players Lionel Messi and Antoine Griezmann has played havoc with them. So far the season has been packed with adversities for Barca. And they will be looking forward to returning to winning ways by defeating a not so strong looking side Granda.

Despite their disappointing Champions League defeat to Bayern Munich Barcelona can still challenge for trophies this season. Talking about La Liga so far Barca remains undefeated after three rounds of matches but for this upcoming clash, many players will be sidelined due to injuries. On the flip side, their opponents Granada are yet to win a match. Out of the four matches so far Granada has managed to draw two and lost two. Despite all the big defeats and injuries still Barca is a strong side than Granada both on papers as well as the field. Comparing head to head out of the 17 meetings, Barca has won 14 and the rest three matches were won by Granada. The Catalans can easily pull off a win here with the predicted score of Barca 2-0 Granada. For where to stream and possible XI keep reading.

The clash between FC Barcelona and Granada will take place on 21 September 2021, at 12:30 am (IST). Barcelona has been lagging behind and this will be their only chance to move up in the points table. On the other hand, Granada who has never had the privilege to be on the top spots will be looking forward to winning this and boost up their morale for the remaining season. Barcelona will host Granada at Camp Nou stadium where the live-action is scheduled to take place on 20 September 2021 at 9 pm (local time).

In India, as Viacom18 Media holds the right to screen Liga games, Barcelona vs Granada will be available to watch on MTV. Moreover, besides the broadcasters, the streaming platforms on the list are Voot and Jio TV. Both the services require a subscription to watch the live streaming. Nevertheless, if you are a Jio subscriber then you can watch it for free on the Jio TV App.

In the United States, the upcoming fifth-day clash between Granada and FC Barcelona can be watched through ESPN+. In Spain, the channels that are going to televise the game are Movistar LaLiga, Movistar LaLiga 1, Movistar LaLiga UHD, and LaLiga TV.  Furthermore, in some other countries, Sky Sports will also be broadcasting. So as per your TV schedule mark the calenders and set the alarms as you would not want to miss this important game night.

With injured Jordi Alba and Sergiño Dest, it is evident that the defense will undergo some changes. It will be exciting to see if Koeman decides on some changes in the central defense as well. Jordi Alba’s up for grabs, the left-back slot is most likely to be filled by the young Alejandro Balade. While for the right-back slot it would be Oscar Mingueza and Sergi Roberto hoping to get the nod. The midfield that consists of De Jong, Busquets, will miss out Pedri. And in that case, it would be Gavi who would start at the midfield line.

Other than defense, Barca’s attack has suffered the most injuries. There aren’t many options to chose from and most likely Yusuf Demir and Luuk de Jong will be seen again on the field after the Bayern defeat along with Memphis Durpay. Ter Stegen will be the first-choice goalkeeper and other rotations are likely to take place for this game.

The only injury concern that the squad has is Neyder Lozano who has fractured his fibula. There might not be any changes that Diego Martinez will opt but from the past continuous defeat this season the lineup needs some shaking up. The predicted XI will include the goalkeeper Luis Maximiano, followed by the defense German Sanchez, Domingos Duarte, Abram. Midfielders Carlos Neva, Maxime Gonalons, Monchu, Angel Montoro, Santiago Arias, and the attack comprises Darwin Machis and Luis Suarez.