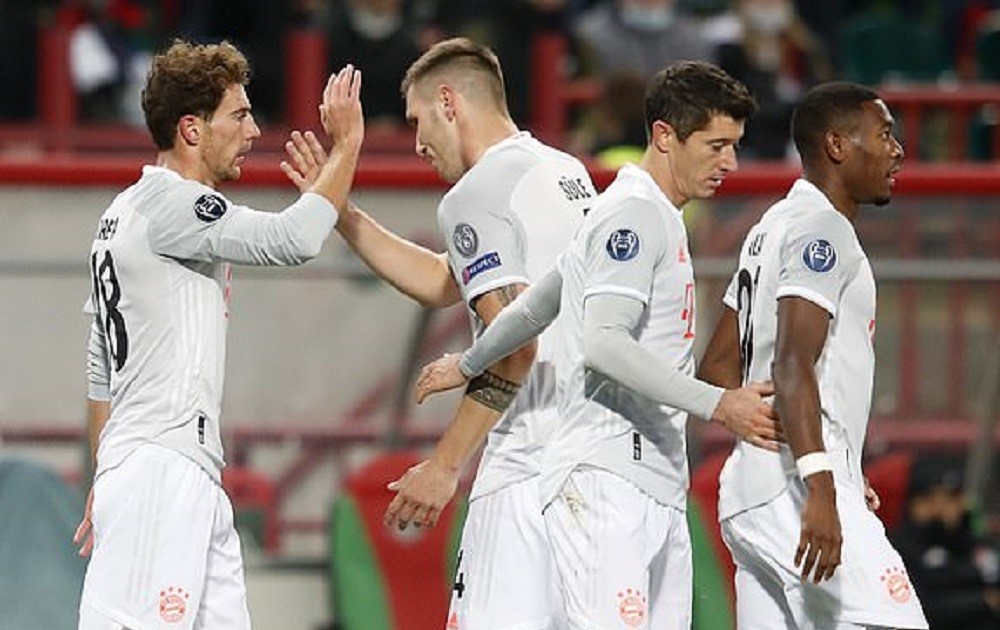 The UEFA Champions League is back with matchday 2 and everyone is really excited. After matchday 1, the teams that lead in their respective groups are Bayern Munich, FC Shakhtar Donetsk, Manchester City, Liverpool, FC Krasnodar, Lazio, Barcelona, and RasenBallsport Leipzig. The first round of the group stage was full of entertainment as some very interesting matches like Paris Saint-Germain vs Manchester United, FC Bayern Munich vs Atletico Madrid, and many more took place. Now, it was time for matchday 2 and each team was looking to earn more points to get an early lead in the group stage.

With many exciting matches, the match from Group A caught everyone’s attention. Bayern Munich, the group toppers were taking on Lokomotiv Moscow who tied their first match against Red Bull Salzburg. Both the teams were doing great in their respective leagues but facing a team like Bayern Munich is always a challenge. Russian Premier League is competitive but facing a team like Bayern all of a sudden is very difficult. Bayern are the defending champions and will be looking to perform the same way this season as they did the last time.

The current UCL champions FC Bayern Munich faced Lokomotiv Moscow on 27th October. The coach of Lokomotiv made 5 changes in the squad as they had lost to Rotor last weekend. For Bayern, Alphonso Davies had to be left out of the squad after suffering an ankle injury. Benjamin Pavard and Niklas Sule were included in the starting 11. Bayern Munich is pretty comfortable playing away matches whereas Lokomotiv struggles to win at home in a European competition.

The match kicked off and Lokomotiv missed an easy chance just 3 mins into the game. Both the teams were playing very well. However, Bayern scored the first goal of the match in the 13th minute. A beautiful assist from Pavard was converted by Goretzka. Even after many attempts, Lokomotiv struggled to score the equalizer in the first half.

In the second half, Bayern Munich also won a penalty but was then turned down by VAR. Lokomotiv at last scored the equalizer with 20 mins left on the clock. Anton Miranchuk was the goal scorer for Lokomotiv. Only when Lokomotiv had thought that they were going to get away with a point, Joshua Kimmich scored an amazing volley. He scored the winning goal for Bayern Munich to seal a 2-1 victory. Lokomotiv gave a tough fight but Bayern was the better side and hence, they added 3 more points to their tally.