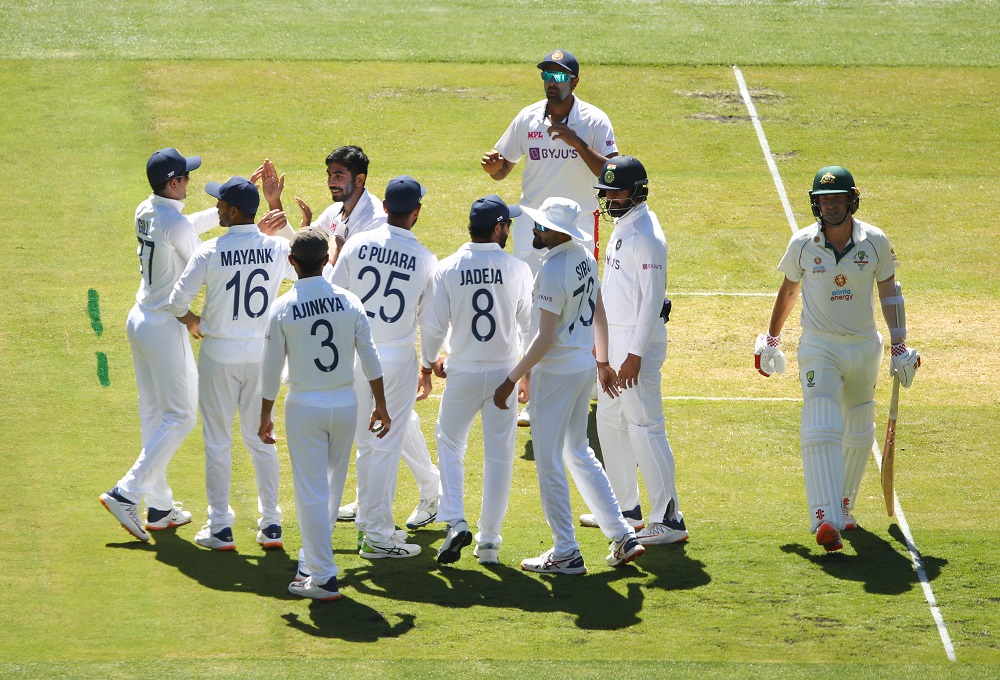 India began their tour of Australia on 27th November, a couple of days after the conclusion of IPL 2020. They didn’t get a quite great start as they lost the Dettol ODI Series to the hosts. However, they bounced back brilliantly to win the Dettol T20I Series. Consequently, the Vodafone Test Series began on 17th December 2020. India was ridiculed by Australia in the 1st test match as they lost by 8 wickets on Day 3 itself. However, the sad part was that the team registered its lowest total ever in the test format. India got all out at a total of just 36. So, the team was looking forward to bounce back in the boxing day test match i.e. the second test match at the MCG. The match began today and the Indian team showed a brilliant display of their game.

The match began as Australia won the toss and their skipper Tim Paine opted to bat first. The Australian skipper was looking forward to put up a big score for the Indian batsmen to chase. He was thinking like Virat Kohli that they could give a follow-on if India got all-out really soon. However, things didn’t seem to happen that way as in the 5th over, the Australian opener Joe Burns (0 in 10) got out. Consequently, Marnus Labuschagne came in at 3 to support Matthew Wade. The two batsmen were playing brilliantly until the 13th over when Ashwin dismissed Matthew Wade (30 in 39). Then came Steven Smith but he failed to make an impact as Ashwin struck once again in the 15th over to duck out Smith (0 in 8). Now, Australia were in a really vulnerable position as they were 38-3.

Now, India needed 196 runs to take the lead from the hosts. So, Shubman Gill and Mayank Agarwal opened the innings for India. Shubman Gill was making his debut and hence, all eyes were on him. However, India lost an early wicket as Mayank Agarwal (0 in 6) got out in the first over itself. Consequently, Cheteshwar Pujara came in at 3. However, the debutant Shubman Gill didn’t let the pressure get to him. He opened his account with an excellent boundary. He batted really well along with Pujara and with that, Day 1 came to an end. India registered a total of 36-1 in 11 overs on the end of Day 1 at the MCG.

The pitch is in favor of the batsmen and the bowlers. Hence, it was quite a good day for the visitors as they got to see some amazing moments. Now, India will be looking forward to bat through the entire day tomorrow and take the lead from Australia. They’ll try to get a good lead of 300+ at least so they can focus on getting the hosts all-out early in their second innings. So, stay tuned as Day 2 of the Boxing Day Test will be beginning tomorrow at 4:45 am.