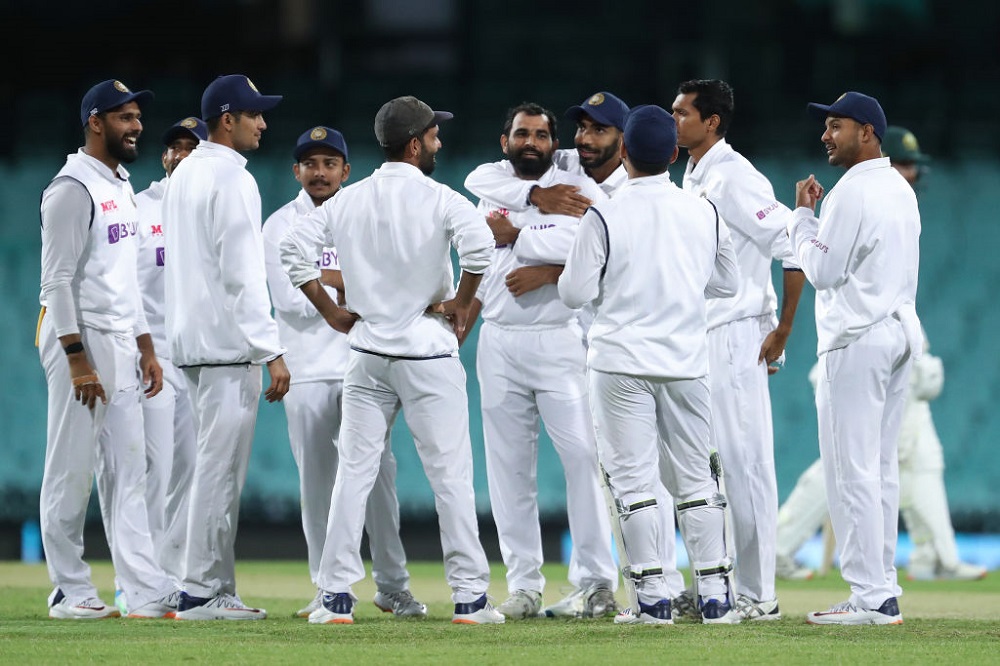 India held their nerve to take an early lead against Australia A on Day 1 of the 2nd practice match.

The India tour of Australia began on 27th November with the Dettol ODI Series. The hosts won the first two ODIs to claim the title. Later on, the Dettol T20I Series was played which the visitors won. As a result, each of them had won 1 series now. Anyhow, from 17th December the Border-Gavaskar Trophy will be beginning. It is a test series played between India and Australia. However, before that, there were some practice matches for the players to find their form. It was also a chance for the youngsters to prove their worth that they deserve a place in the final playing 11. So, there were 2 practice matches. The 1st match got tied but the hosts were looking in a really good place with Australia A getting the better of India A. But, now it was time for the 2nd practice match. India was going to face Australia A.

The first innings began as India won the toss and opted to bat first. They were looking forward to get some quick runs so they could challenge the hosts for a follow-on after getting them all-out early in the first innings. However, nothing of that sort seemed to happen. In the 3rd over itself, Mayank Agarwal (2 in 5) got out. But, this didn’t seem to affect Prithvi Shaw who played calmly. Shubman Gill was supporting him really well from the other end of the crease. However, in the 9th over, Shaw (40 in 29) got out. Then, in the middle overs, India lost quick 4 wickets as Hanuma Vihari (15 in 39), Shubman Gill (43 in 58), Ajinkya Rahane (4 in 10), and Rishab Pant (5 in 11) got out.

After that, even Saha (0 in 22) and Shami (0 in 2) got out in the 31st and 33rd over. Then came Navdeep Saini (4 in 27) but even he lost his wicket to Conway in the 36th over. Everyone thought this was the end of the Indian innings as they had only managed to score 123 runs after losing 9 wickets. However, something extraordinary happened as Bumrah and Siraj put up an excellent partnership. The former scored 55* in just 57 balls whereas the latter scored 22 runs in 34 balls before getting out in the 49th over. The duo had managed to get India to a decent total of 194-10. Bumrah had shown great sportsman spirit as he got his maiden half-century across any format with this. Anyhow, now Australia A needed only 195 runs to take the lead on the first day itself.

India got a great start as in the 2nd over itself, Bumrah dismissed Joe Burns (0 in 2). Consequently, Nic Maddinson came to the crease and he started settling in. However, in the 13th over, Harris (26 in 47) lost his wicket to Shami. In the very same over, Shami struck once again to dismiss Ben McDermott (0 in 5). Just 3 overs later, Nic Maddinson (19 in 34) also got out. It was ridiculous as the Australia A lineup was just collapsing completely in front of the Indian bowling attack. By the time the 25th over arrived, Sean Abbott (0 in 11), Jack Wildermuth (12 in 17), and Will Sutherland (o in 3) also got dismissed. Even a target of 194 seemed to be a huge deal for Australia A now. India was doing great as they managed to get the hosts all-out by the end of the day.

Alexy Carey (32 in 38), Mitchell Swepson (1 in 4), and Harry Conway (7 in 12) got dismissed as the Australia A innings got over. Patrick Rowe (7 in 23) was the only player standing on the crease for Australia A. Australia A had only scored 108 runs and the Indian bowling lineup had done a great job to restrict them to that. Now, tomorrow India will be taking on the pitch to bat for their 2nd innings. They will be looking forward to put up a good target after playing the entire day on Day 2. Then, they will have the Day 3 completely to get the Australia A team all-out. For more such updates, stay tuned.