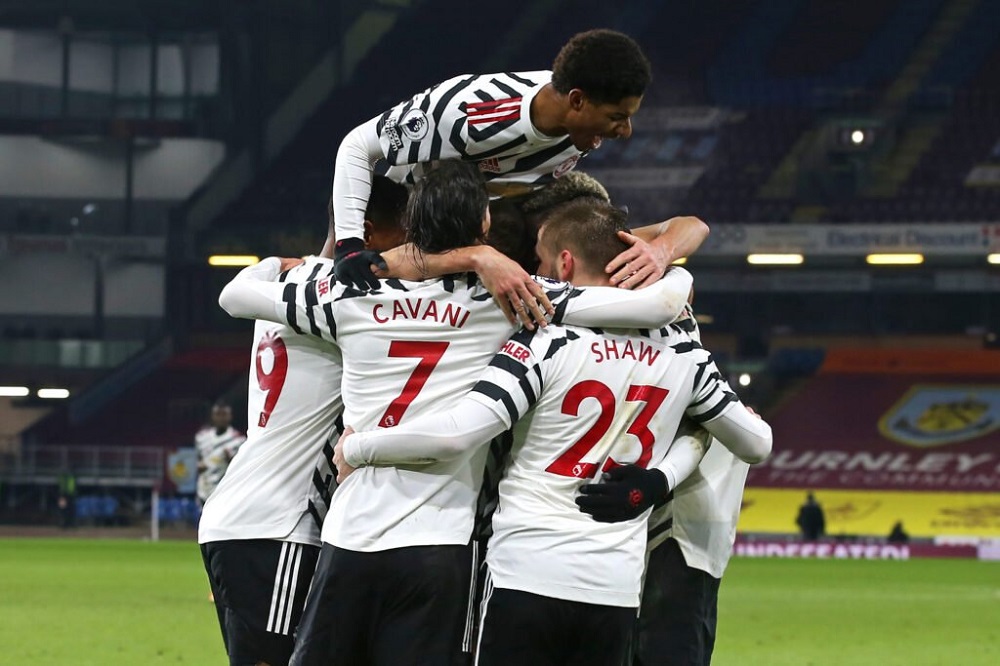 Manchester United defeated Burnley with a late goal from Paul Pogba as they moved 3 points above Liverpool.

Burnley hosted Manchester United at the Turf Moor to play their 16th match in the Premier League. It was a very crucial match for both the teams as the Red Devils were aiming for the top of the standings. On the other hand, Burnley was looking forward to climb up the points table. Until now, Manchester United had played 16 games out of which they had won 10 games, drawn 3, and lost 3. On the contrary, Burnley had played 15 matches out of which they had won 4, drawn 4, and lost 7. However, both the teams were in a brilliant form. They had each won 3, drawn 1, and lost 1 game out of their last 5 matches. So, both the teams having their own purpose to achieve as a result, the match was going to be really fascinating.

The match began as Burnley kicked off and right after that Brady met a cross from Matthew Lowton and hacked the ball away from the goal. It took until about 15 minutes before the Red Devils could settle down into any rhythm. The Reds were accolated with speculative chances for Fernandes which was blocked by the Burnley men and Martial who spooned a left-footed shot over the crossbar. However, Manchester United was also doing great defensively as Bailly did really well by blocking the shot taken by Chris Wood. The real showmanship of the half arrived in the 27th min as Shaw put in a strong tackle on Guomundsson launching a counter-attack that ended with Robert Brady fouling Edison Cavani who received a beautiful through ball from Bruno Fernandes.

Controversially, after an interminable wait as VAR checked both the fouls, the play was brought back and the Clarets were awarded a freekick followed by Shaw booked with a yellow card. The Clarets set-piece sailed out off the play but there was more to come from United’s side as Harry Maguire headed the cross from Shaw in the goal. But, the referee denied the goal by giving a foul over to the Clarets. At the end of the first half, Martial curled the ball from 25 yards and was close to making something happen until the English keeper Nick Pope made a brilliant save. As a result, both teams headed back to the room frustrated.

Both the teams were still upset with the first half but now entered the pitch with the intention of domination. However, the Devils were dominating the game right after the beginning of the second half. Within barely 10 minutes into the second half, Bruno Fernandes had 3 attempts testing the Clarets keeper. Apart from him, Cavani missed kicking a decent open finish after more intense pressure in the box. In the 67th minute, the Clarets failed to clear the ball properly. Consequently, it fell into the legs of the Uruguayan. However, while trying to curl the ball with his left leg into the left corner of the post, Cavani failed to locate the top corner.

Finally, in the 71st minute, Rashford chipped a beautiful ball and found Pogba who was rushing into the box. The Frenchman then took an outstanding volley and awarded the Devils with a breakthrough. Now, the real struggle was for the United’s defense as Burnley were charged up for the equalizer. In the final moments, they earned an opening from Vydra and Brownhill. However, Tarkowski declined a glorious opening in the end. However, that was not it as in the injury time, Cavani poked a through ball to Martial. But, the French striker took a shot that was denied by Pope.

Hey, Reds – can you guess who's won tonight's Man of the Match? 👀

With that, the match ended as Manchester United took a 3-point lead over the defending champions Liverpool. Consequently, they are now the sole toppers of the Premier League points table. On the other hand, Burnley fell down to the 16th position. Anyhow, both the teams will now be preparing for their upcoming games in the league. Manchester United will be facing Liverpool whereas Burnley will be up against West Ham.