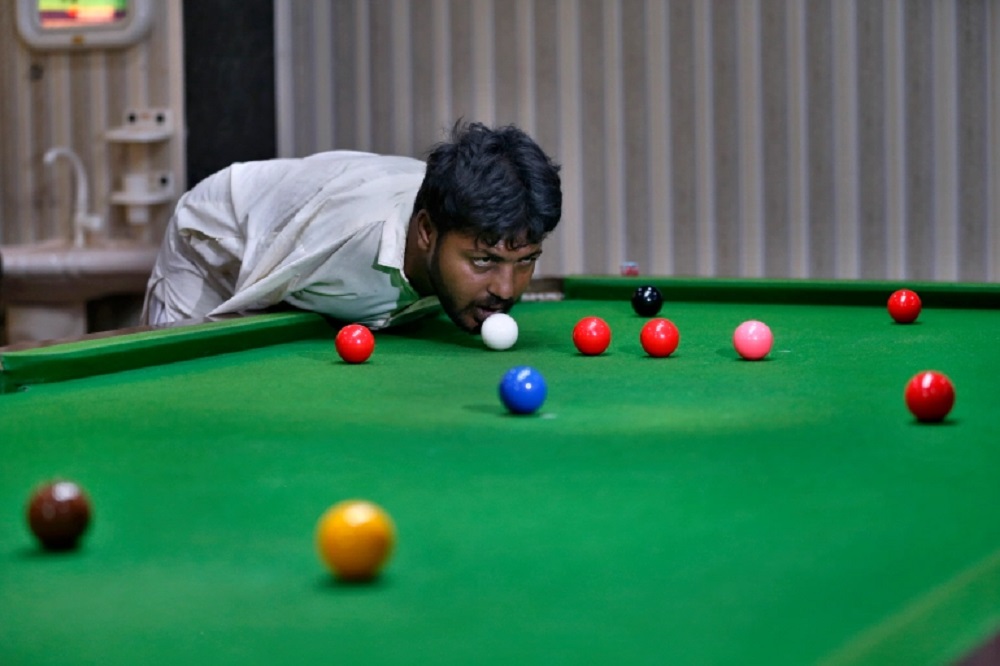 Having no arms did not stop Mohammad Ikram’s love for snooker. Born in Pakistan, Mohammad Ikram has his unique style of playing snooker. Bending over and hitting the balls with his chin, Ikram has won many local tournaments. Playing without the cue stick is very odd for a player but Ikram can strategically pot the balls with his chin. The 32-year old has proven that no dream is impossible to achieve. Hitting the cue ball with his mouth, he is now a popular name in the sport.

When interviewed, Ikram stated that although God did not give him arms, he will use every ounce of determination and courage he has to play. He said that never losing hope is the key to make any impossible task possible. He added that when he goes to clubs, many people don’t believe him but after watching him play they appreciate him. Mohammed Nadeem is one of those clubs. He said that the owner used to send Ikram away whenever he came but after seeing him hit the ball with his chin, he was amazed.

Who is Mohammad Ikram?

Ikram came across the sport when he was 10 years old. He saw one of his cousins play and introduced him to it. After he understood the game, he started enjoying it and wanted to pursue it. However, unfortunately, there are no snooker tournaments for the disabled which is why he still continues to play at local tournaments. He said that there were so many moments when he wished he had arms but his love for the game made him find a way. Ikram is the eldest amongst his siblings as he has five younger sisters and two younger brothers. Rizia Bibi, Ikram’s mother said that he seems to be the happiest while playing. They called his fate unfortunate but after seeing the love he has received, they are happy for him.

His popularity is growing because of the media attention. Ikram said that many snooker players have appreciated him and said that he could be a source for the game to gain fame in Pakistan. Snooker was a part of the Paralympics earlier. However, it was discontinued because not many participated in it. Ikram says that he wishes to go professional and travel across the world participating in various competitions. His family currently wants the Prime Minister of the country to notice Ikram and provide him with financial support to understand more about the game. He wants to represent Pakistan on an international level. Naveen Perwani is one of the popular snooker players in the country who has helped the development of the game. Even if Perwani can guide Ikram, it would help him and pave a path to dig deeper into the game.