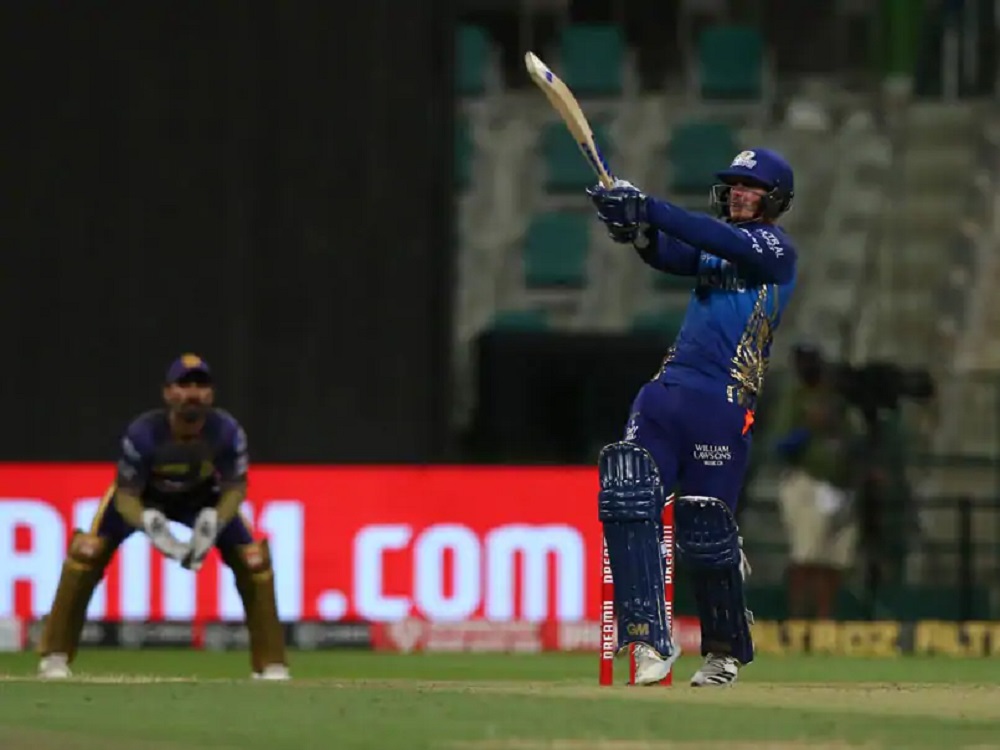 Mumbai Indians have been in a fantastic form this season as they have won 5 out of their 7 games. They have only lost against CSK and RCB. On the other hand, Kolkata Knight Riders have won 4 out of their 7 matches. Both the teams were going to play their 8th match. It was going to be quite interesting as KKR were just 2 positions below MI in the points table. If they would defeat MI with a big margin, they could climb up directly to the 2nd position. It was the 32nd match of IPL 2020 and was being held in Sheikh Zayed Stadium in Abu Dhabi. There was one change for KKR as Dinesh Kartik had stepped down from captaincy and now, Eoin Morgan was KKR skipper now.

KKR won the toss and Morgan opted to bat first. So, Rahul Tripathi and Shubman Gill came to open for KKR. They didn’t get a good start as in the 3rd over Boult dismissed Tripathi (7 in 9). Then came Nitish Rana to support Shubman Gill. However, in the 6th over, Rana also got dismissed (5 in 6). With that, KKR had scored 33 runs in the powerplay and lost 2 wickets. After that, Dinesh Kartik came in at 4 to support Gill. However, Gill (21 in 23) soon got out in the 7th over of Rahul Chahar. On the very next ball, Rahul also dismissed Kartik (4 in 8) who was just settling down. Now, KKR had lost 4 wickets at a score of just 42 in 8 overs.

This definitely created a lot of pressure on their middle order. However, Eoin Morgan came and settled down easily to relieve his team off the pressure. But, his compatriot Andre Russell (12 in 9) got out in the 11th over to welcome Pat Cummins to the crease. Then, both Morgan (39* in 29) and Cummins (53* in 36) managed the innings for their side very well as they did not lose their wicket and also smashed some runs for their side. They put up a total of 148-5 in their 20 over innings. Now, MI needed to chase 149 in 20 overs. Even though it was not a huge target, KKR had the bowlers who could defend this target.

Did You Watch – Hardik's 2 shots of joy?

Absolutely stylish and classy from @hardikpandya7. Brilliant couple of shots from the all-rounder. Beautiful.https://t.co/5xDJotuUKJ #Dream11IPL

The second innings began as the MI skipper Rohit Sharma and Quinton de Kock came to bat for Mumbai Indians. They had a great start as they smashed the KKR bowlers to score 51 runs from the powerplay itself. However, in the 11th over, Shivam Mavi got KKR the breakthrough that they needed after dismissing Rohit Sharma (35 in 36) at a score of 94. After Rohit’s dismissal came Suryakumar Yadav (10 in 10) who was bowled by Chakravarthy in the 14th over. Then, Hardik Pandya came in at 4 to support De Kock. It seemed like Hardik just wanted to finish off the match quickly as he hammered boundaries. Along with De Kock (78* in 44), Hardik (21* in 11) managed to chase the target in just 16.5 overs with 8 wickets to spare.

Mumbai Indians had won yet another match to move back to the top of the points table above Delhi Capitals. Both the teams had won 6 matches and had 12 points but MI had a much better net run-rate. Quinton de Kock was recognized as the Man of the Match for his wonderful innings of 78* in just 44 balls. The MI skipper Rohit praised his team saying that his team has been good in terms of both, bowling and batting. On the other hand, the losing captain Morgan said that they had never really been in the game. They were lucky enough to get a score of 148 even after losing many early wickets. However, it is difficult to beat a time like MI at their best. Now, MI will be facing KXIP in their next match whereas KKR will be up against SRH.