Neymar To Miss A Minimum Of 2 More Games For PSG 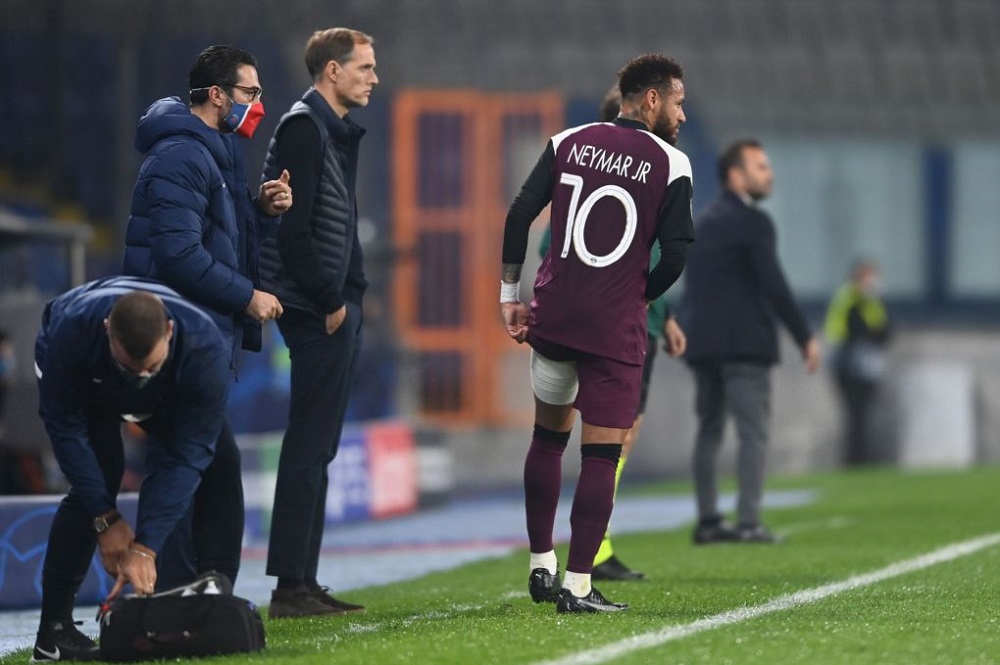 Neymar has still not recovered from the injury and will be missing two more games for PSG.

Paris Saint-Germain won their 2nd group stage match of the UEFA Champions League against Istanbul Basaksehir. Two goals from the youngster Moise Kean in the second half sealed the win for PSG. However, with this win, they also had to face a huge loss. Their star player Neymar Jr. got injured and was subbed off the field in the 26th minute of the game. Neymar was struggling from the beginning due to a discomfort in his left thigh and asked his coach Thomas Tuchel to sub him out. After the match, Tuchel said that he is afraid that Neymar will miss a few matches for the club and he hopes that there is nothing serious.

PSG played their next league match against FC Nantes without Neymar (as expected) but managed to win. Now, the club officials have confirmed that Neymar will miss a minimum of two more games for Paris and will only return after the international break. His participation in the international break for Brazil is also uncertain and depends upon his recovery. Winning league matches is not a big deal for PSG. However, they have their next game against RB Leipzig which will be their third match of the UEFA Champions League group stage this season. Without Neymar, it will definitely be a challenge for PSG to win.

Neymar is considered to be one of the best players in the world. His dribbling skills and vision is what makes him a great player. He left FC Barcelona for Paris Saint-Germain breaking the all-time transfer record. PSG signed him for a total fee of €200 million which left the entire footballing world stunned. Paris’s main motive was to win the Champions League. Neymar did bring a big change in the team but due to injuries, he missed all the important matches for PSG for two years consecutively. PSG lost to Real Madrid in 2017-18 and Manchester United in 2018-19 thereby getting knocked out of UCL. They struggled to make a step forward from the Round of 16.

However, in the 2019-20 season, Neymar was all fine and did not suffer any injuries. This resulted in PSG reaching the finals of the Champions League but they lost to Bayern Munich by a goal. Neymar played a huge role in PSG’s road to the finals, especially his performance against Atalanta B.C. in the quarter-finals was just mind-blowing. We hope that the player recovers as soon as possible and continues to display his magic on the field.