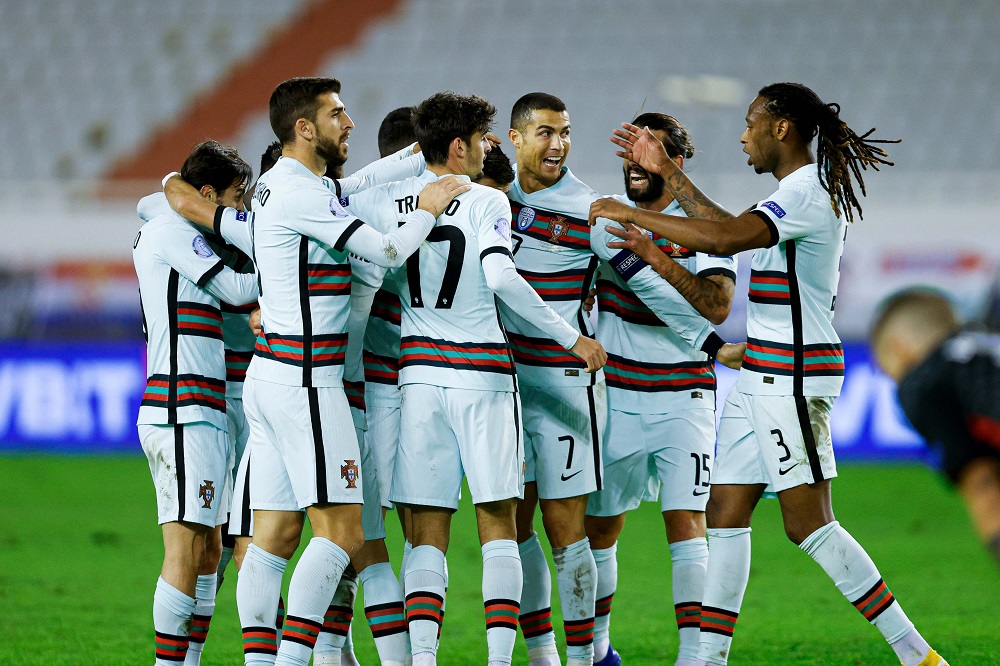 Portugal defeated Croatia in a nail-biting match to finish at the 2nd place in their group.

The international break is over and soon we will get to see club football returning. However, you surely didn’t miss out on good football as we got to see some amazing matches. The UEFA Nations League fixtures and FIFA World Cup Qualifiers did not fail to entertain us. With the last two matchdays of the Nations League remaining, it was definitely going to be interesting. All the teams were going to give their best to qualify for the next round. So, it was clear that we would get to see some nerve-wracking fixtures. It was time for matchday 6 and Portugal was going to face Croatia. The defending champions of the Nations League were going to lock heads with the 2018 World Cup runner-ups. Even though both the teams were knocked out, the match was surely going to be interesting because both the teams had top-quality players.

The match began and Portugal kicked off as they won the toss. They were playing a good possession game but that did not seem to affect Croatia. The latter put pressure on their opponents to steal the ball from them. So, both the teams were playing really well and creating chances but initially, neither of them was able to convert any. Finally, in the 29th minute, Mateo Kovacic broke the deadlock as he scored the first goal for Croatia. He took a shot at the goal after an assist from Pasalic. However, he was denied by the Portuguese goalkeeper Rui Patricio. With that, Croatia scored the first goal of the game and were leading by a goal. However, even after that, the Croatians kept creating chances in search of more goals.

Portugal, on the other hand, did not step back as they were looking for a goal even more desperately now. They were even able to get the ball close to the net but the defenders made some excellent tackles to keep the ball away from the goal. The Croatian goalkeeper Livakovic also made some extremely tough saves to keep the clean sheet for his side. Just like that, the score at the end of the first half was 1-0 in Croatia’s favor.

The second half began and Portugal was looking much more confident. Consequently, just 7 minutes into the second half, Portugal got their first goal of the game. After a save from the Croatian keeper, R. Semedo assisted Ruben Dias as the latter scored the equalizer for his nation. However, the game was not over yet and the Portuguese needed one more goal if they wanted to win. As a result, in the 60th minute, Joao Felix scored the second goal for Portugal to give his side a 1-goal lead. Diogo Jota pulled Livakovic towards himself as he passed the ball to Joao Felix. Felix then put the ball into the back of the net with a left-footed shot. As a result, in just 15 mins, Portugal had overturned the tables to lead the game by a goal. However, that was not it. In the 69th minute, Kovacic scored his second goal of the game.

Vlasic passed the ball to Kovacic who was outside the box. The latter then smashed the ball into the left corner of the goal to make the score 2-2. Consequently, he had tied the scores once again at 2 each. So, it was going to be interesting to see whether either of them could get a winning goal. Finally, in the 90th minute, when everyone thought this was going to be a tie, Ruben Dias scored his second goal of the game to win the match for his side. During a corner, Livakovic caught the ball but didn’t quite get a grip on it. As a result, he lost the ball and Dias taking the opportunity of this scored the winning goal for his side. With this, Portugal won the match by 3-2 to finish at the 2nd position in the points table whereas Croatia finished in the 3rd position.