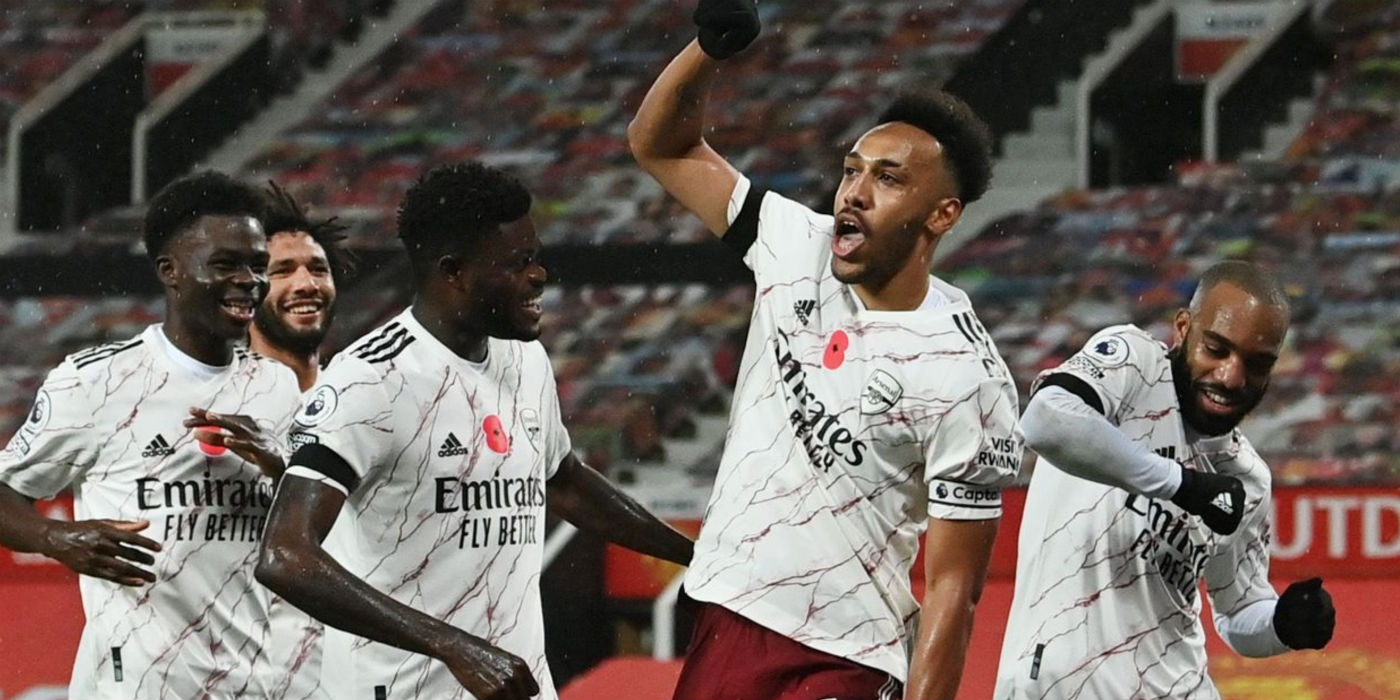 Aubameyang and team celebrating after scoring the penalty

Manchester United hosted Arsenal at the Theatre of Dreams for the much anticipated Premier League tie on Sunday. Old Trafford has been a fortress for the Red Devils as they have managed to keep arsenal away from a victory for the last 14 years. The last game Arsenal won at Old Trafford was in 2006. However, on Sunday, the long-kept record came to an end. Their captain Pierre-Emerick Aubameyang helped his team secure a 1-0 victory. The win over Manchester United now takes Arsenal 9th in the Premier League Table with 12 points while United are not 15th.  The victory reverberates with the Arsenal fan base as another strong step towards taking the club back to its glory days. The victory showcases the intent of the team even more after the Gunners won the last season’s F.A. cup.

Ole’s at the Wheel, But Is He Steering Manchester United In The Right Direction?

It is beyond doubt that the two dressing rooms will be divided into emotion after the Sunday result. An impressive win for the Gunners but a humiliating loss for United. Ole Gunnar Solskjaer has been the United boss for more than a year, but once cannot point out the improvements that he has made in the team as the manager. United has not been too bad under OGS, with the club finishing 3rd and securing a Champions League spot after the end of the 2019/20 season. The PL title, however, still eludes the team. With the club’s defeat on Sunday, it is imperative that Ole quickly needs to finds solutions for the problems he is facing at united.

A proper starting lineup and a strategy is something that has been missing from the current Man Utd squad. Ole’s choice to keep Van De Beek, the Ajax star the club bought this summer, is casting doubts on Ole’s choices. With the current crop of players OGS has at his disposal, will the Red Devils find form again? Or will the failure to be consistent eventually take over the side?

Can Arsenal Fight For The Ultimate Glory?

To put it lightly, Arsenal has been through what one might call a transition period. Arsenal secured their last premier league victory in the 2003-04 season. Arsenal is the only premier league team that has won the competition without losing a single match. This immortalized themselves as ‘The Invincibles’. This was the last of the golden feather in Arsenal’s golden crown, however, as the league title has ever since eluded the Gunners. The second league finish in 2016 is the closest Arsenal has come to securing another premier league title in their recent history.

After Mikel Arteta’s appointment as the head coach in 2020, he led them to an F.A. cup win. The resounding win was a statement from the coach and a love letter to his fans. Arteta has been active in the transfer window and has secured two important players. Atletico midfielder Thomas Partey and the Brazilian defender Gabriel Megalhaes. This involvement in the transfer market is already bearing fruits. Gabriel Megalhaes won the Man of the Match award against United. With Arsenal slowly taking shape and proving their worth, it just may time for the football community to consider the Gunners a real competition in the Premier League.