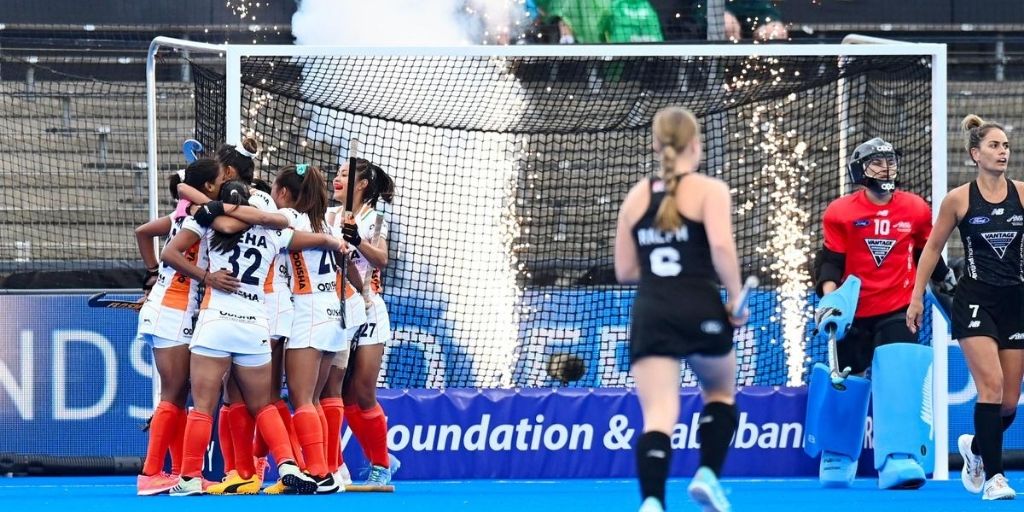 Currently, several Indian athletes are representing their country in a variety of sports. Here we bring you all the latest Indian sports news worldwide from the first week of July 2022. Keep an eye on Sports Al Dente for more such updates.

Your corner for the latest Indian Sports News: 1st week of July 2022!

PV Sindhu and HS Prannoy make it to the QFs in Malaysia Masters!

We start our series of latest Indian Sports News with two-time Olympic medalist PV Sindhu. The Indian shuttler cruised to a 28 mins win against Zhang Yi Man of China. Moreover, this win sends her to the QF of the Malaysia Masters 2022. She will now face Tai Tzu Ying in the last eight. However, she is on a six-game losing streak against Tai. Besides, Tai holds an overall record of 16-5 against the 27-year-old Indian. Sindhu will hope this record does not bother her mind come July 8.

Furthermore, HS Prannoy is the only other Indian left in the Malaysia Masters. He made his way to the QF with a win over Wang Tzu Wei. It proved a close contest between the two with a score of 21-19, 21-16.

However, B Sai Praneeth and P Kashyap exited the event after losing their respective matches on the day. Notably, Saina Nehwal could not make it past the 1st round this year.

Sania Mirza bows out at the semis of her final Wimbledon campaign!

Indian great Sania Mirza walked off the Wimbledon grass for the last time as a player. The 2015 Ladies Doubles winner made it to the semis of the 2022 Mixed doubles. However, the run ended at the hands of the reigning champions of the category. Mirza paired up with Mate Pavic in her last shot at the All England Lawn Tennis Club. The duo started strong in the match on Wednesday. However, the opponents fought back and took the game away from them.

Notably, this was her best finish in the mixed-doubles category at the All England Club. Also, she was the only Indian at the 2022 Wimbledon. After the loss, Mirza looked back at her time at the event with a Tweet.

The Indian team remain in contention for a QF spot at the Women’s Hockey WC. It is so despite a 3-4 loss to NZ in their final match of Pool B. India finished at the third spot in their pool. However, tournament rules keep them in the hunt for glory. Notably, the Black Sticks beat England to the top spot in the group.

India next faces Spain in the crossover match on July 10. However, Savita Punia’s hopes of leading her nation to the QF lie in this must-win match. You can stream the game online on Disney+ Hotstar.

Women in Blue clinch a 3-0 whitewash win against SL!

In our next latest news from Indian Sports, we cover India beating SL by 39 runs in the final ODI of the series. This result gave the Indian women a 3-0 whitelash win over SL on their home soil. Indian captain Harmanpreet Kaur played a key role with the bat and ball. Moreover, Pooja Vastrakar also followed suit in the final ODI. The duo put up 97-runs on the board together.

Furthermore, they were among the wickets in the second innings. Besides, the rest of the Indian bowlers were also up to the task. They restricted the hosts to 216 runs on the board.

Notably, Indian opener Shafali Verma finished as the top run-getter in the series. She notched up 155 runs in 3 matches for the women in blue.

India starts with a T20I win against England!

Captain Rohit Sharma returned to lead his side to a record-breaking win against hosts England. Sharma is now on a world record 13-game winning streak as captain in T20I. Besides, the 2022 IPL-winning captain Hardik Pandya was the man of the match. He put on an all-around display with the bat and ball, continuing his impressive form.

India put 198 runs on the board in the Rose Bowl Cricket Ground. Pandya was the top scorer with his knock of 51 in 33 balls. Besides, England was under new captain Jos Buttler following Morgan’s retirement. However, he got out on a golden duck in an unplayable ball by Bhuvi. It set the tone for the Indians to defend their total. Pandya grabbed a four-wicket in the match to go with his fifty. Eventually, India won the game by a margin of 50 runs.

It is all we have for you in our latest edition of Indian Sports News.