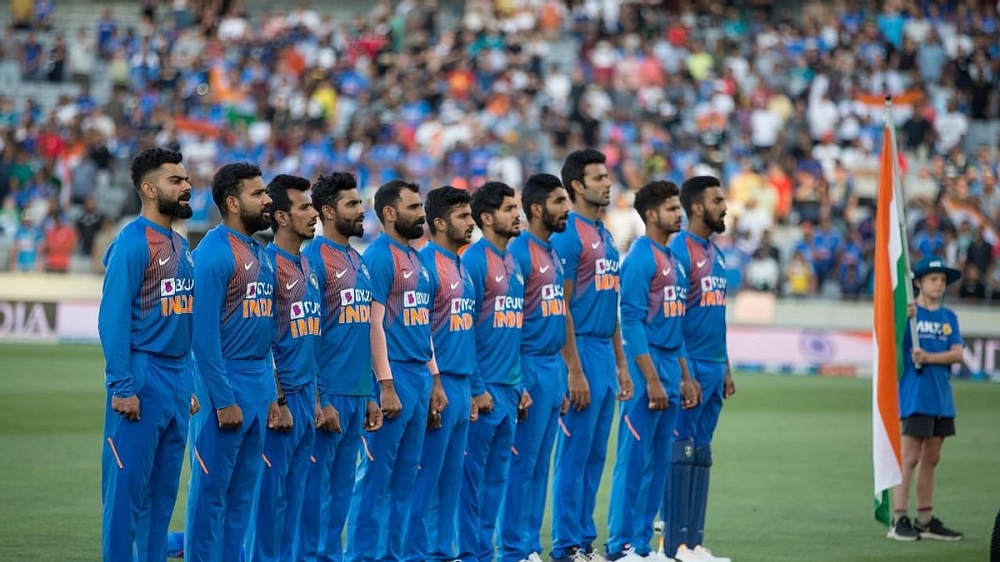 Team India's complete schedule for year 2021 is out and here's all you need to know.

2020 hadn’t been the best year for the cricket fans all across the globe. The sport came to a standstill due to the COVID-19 pandemic. As a result, all the tours, series and tournaments had to be postponed or canceled. This period of no cricket went from March to July until England hosted West Indies for a tour. After that, slowly and gradually all the series began as the restrictions were slightly altered for the conducting of series and tours. Consequently, the much-awaited IPL 2020 was also hosted by the BCCI from September to November in UAE. However, the fans had to wait for international cricket. Team India’s fans had been waiting to see the Men in Blue return to play for the country.

Team India had last played against New Zealand in February after which they went on a 6-month exile before playing the 13th edition of IPL. After that, the Indian players returned to international duty for a tour in Australia. They won the T20I Series there but lost the ODI Series. Now, they are playing the Border-Gavaskar Trophy where they lost the first test in the most humiliating manner. They registered their lowest ever innings total in the test format (36-9 declared). However, India made a historic comeback to win the second test match and level the series 1-1. Anyhow, now the year 2020 is over and 2021 has began. It is going to be a full-action packed year for the Indian cricket team.

The year 2020 wasn’t a delightful year for the fans as they didn’t get to see much of Team India. However, 2021 isn’t going to be the same. It is going to be a jam-packed schedule for Virat Kohli & co. as they’ll be playing in various tours, series, and tournaments. So, let us take a look at Team India’s schedule this year.

The BCCI wishes you all a very happy and prosperous New Year 2021.#HappyNewYear2021 pic.twitter.com/0wZIuiWA3i

As you can see, India will be hosting and also visiting many other countries to take on different teams all over the world. However, the biggest challenge for the team will be facing South Africa and England in their respective countries for the Test Series. These matches will be responsible to decide whether India will play the final of the World Test Championship or not. On the other hand, many youngsters will get a chance to prove themselves in various series. So, Team India’s fans will be all set to support and cheer for their Men in Blue who will be taking on these massive tours and series in the upcoming year. Anyhow, this is a piece of good news for the cricket fans as they’ll get to see lots of cricket this year as compared to the year 2020. Until then, a happy new year to all of you!