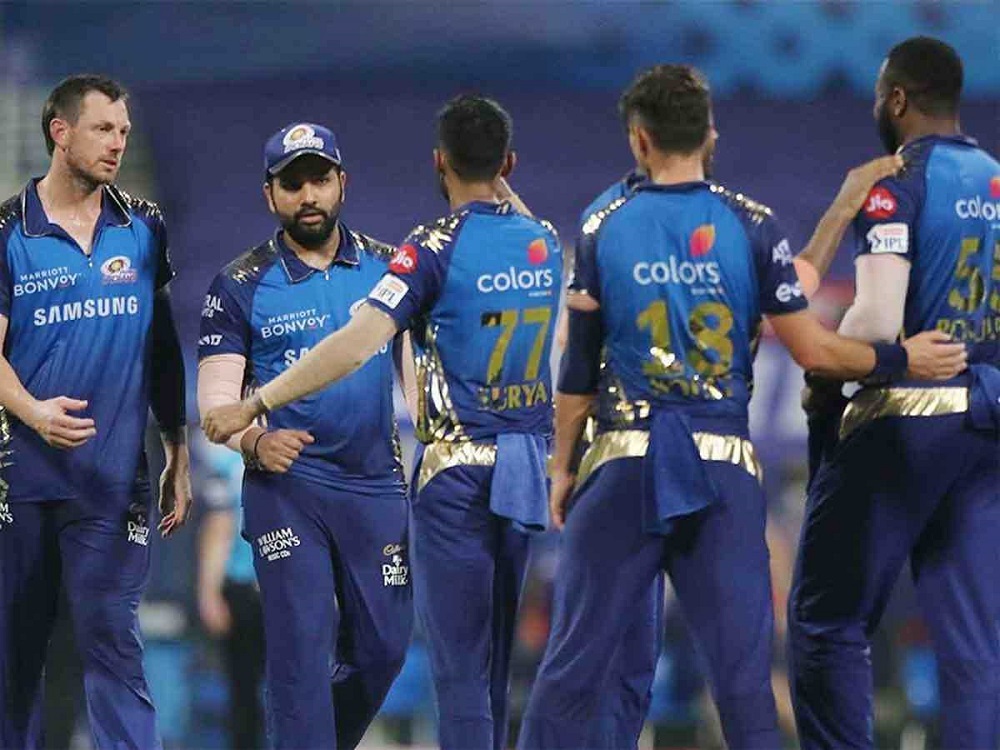 Finally, Mumbai Indians have clinched their first victory of Dream11 IPL 2020 against Kolkata Knight Riders. It was KKR’s first match, whereas MI was looking to grab their first victory of the season after getting defeated at the hands of Chennai Super Kings. It was just the fifth match of the tournament, but we got to see the MI skipper Rohit Sharma in his best form. The Ro-hitman scored an outstanding knock of 80 in just 54 balls as he led his team to victory. It was not only a fantastic game but also for Bumrah as the pacer got back into form after their defeat against CSK. The game was completely one-sided as Mumbai Indians completely dominated Kolkata Knight Riders. So, let us see further in the article what exactly happened in the match.

The match started, and KKR won the toss and, as a result, chose to bowl first. However, the MI side seemed happy about batting first. Rohit Sharma and Quinton de Kock opened the game for MI. However, De Kock (1 off 3) got out early in the 2nd over itself at a total of just 8. Then came Suryakumar Yadav, who scored a thrilling 47 off only 28 balls as he fired the KKR bowlers in the powerplay. However, even he got dismissed at 98, leaving Rohit and Saurabh Tiwary on the crease. But, captain Rohit did not lose his calm and played a fabulous innings scoring 80 runs off just 54 balls as Shivam Mavi dismissed him in the 18th over. Even then, Mumbai Indians were able to take their total to a score of 195, setting a target of 196 for the Knight Riders.

KKR needed some big shots from the start itself if they wanted to chase the target. As a result, Shubman Gill and Sunil Narine opened KKR’s innings. However, Gill got out early in the 3rd over itself. Soon after him, Narine got dismissed in the 5th over at the hands of James Pattinson. But, Dinesh Kartik and Nitish Rana stood firm as they gave the Kolkata fans a ray of hope. But, that did not seem to last long as captain Kartik got dismissed in the 11th over. In the very next over, Pollard sent back Nitish Rana to the pavilion. However, KKR had now set their hopes on Andre Russel and Eoin Morgan, but nothing of that sort seemed to happen as Jasprit Bumrah dismissed both of them. That was it as KKR collapsed at a total of 146, and they lost by 49 runs.

What record did MI create?

Mumbai Indians dominated the entire match. However, in this whole process, Rohit Sharma missed out on creating a record in IPL. He could have been the third player to score 5000 runs in IPL. He won the man of the match award but would’ve been upset about this. Rohit said that the team played really well but could surely learn a few points from their victory. The KKR skipper Dinesh Kartik also realized that there were some areas where the team could improve.

After this victory, Mumbai Indians also created a record in UAE. They became the first team to emerge victorious in 20 matches against a single group. Behind them are KKR, who have won 17 times against Kings XI Punjab. It will be interesting to see how both the teams play in their next match as KKR meets SRH on 26th September, whereas MI meets RCB on 28th September.