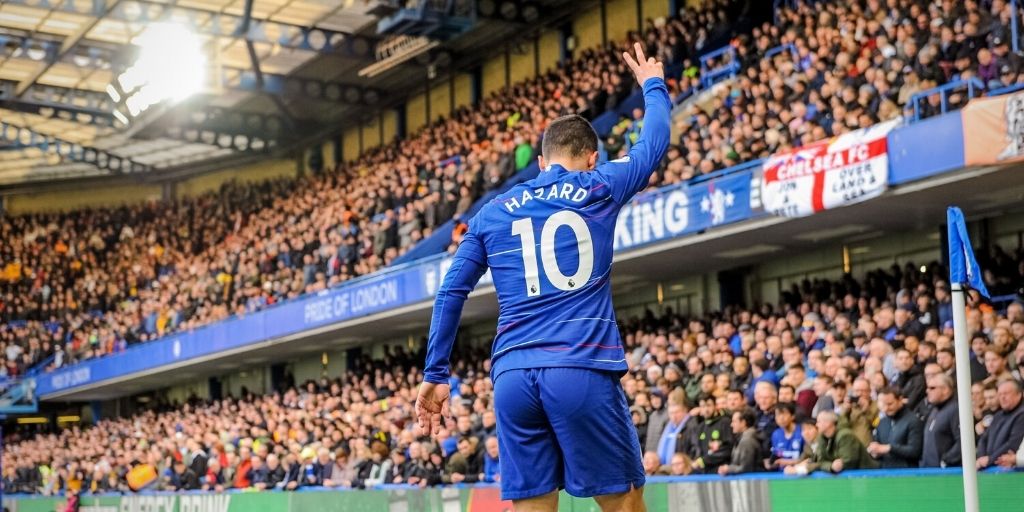 Former Arsenal star Jack Wilshere recently retired from football at the age of 30. He took to social media to share the news. However, it did not come as a shock to the football world. It is down to the awful injury record of the player. Football careers and injuries go hand in hand with each other in most cases. However, for some, they never seem to move apart. Those unlucky bunch has to play with pain or retire at an early age. Nevertheless, they show their talent on the pitch at some point in their careers. These are the footballers, apart from the Englishman, we’ll talk about in this article.

Wilshere became the youngest league debutant for Arsenal at 16. Soon after, he started putting on displays earning him plenty of plaudits. Most notably, his outing against Barcelona in the 2011 UCL is still held in high regard. However, injuries soon got the better of him. He tried out a loan spell before leaving Arsenal for good. Eventually, he moved to West Ham as a free agent in 2018. His final club was AGF of Denmark.

Notably, soon after he hung up his boots, Arsenal named him their U-18 team’s head coach. He will look to replicate the success of his mentor Arsene Wenger. Jack Wilshere was supposed to be at the peak of his powers at the moment. At 30, he might have been the captain of Arsenal currently, dictating their midfield. Besides, his early displays suggested a very bright England future as well. However, his ankles proved to be the louder dictator in his career. Today, we look at similar careers in football that failed to flourish to their potential due to injuries.

A look at the football careers that were hampered by injuries:

We start with yet another England star setting the stage on fire from a young age. However, in his case, the star status comes with a Ballon d’Or trophy to his name. He claimed the award at 22 after impressive displays for his boyhood club Liverpool. He continued being their top scorer for further three seasons before joining Real Madrid. But, he failed to live up to the challenge. Next was a move back to England with Newcastle United. However, a broken metatarsal while playing for the club resulted in his downfall. Then on, he looked like a shadow of the first half of his career. Notably, Owen won his only PL title during his stint at Man Utd.

One of the recent football careers to be plagued by injuries. Also, that means the jury’s still out on the long-term effect. Hazard is currently at for Real Madrid since the summer of 2019. He joined the club in a £100m deal from Chelsea. At London, he was arguably the best player in the world at one point. However, since the move, he has only played 65 games in three seasons due to recurring injuries. Besides, his displays on the pitch have been far from what’s expected of the Belgian. Nevertheless, the Madrid camp will give the winger one more shot at the Bernabeu. At 31, Hazard will need to step up a gear to make an exit from this unfortunate list.

Dembele seems to have spent most part of his five-year spell at Barca in the treatment room. He joined the La Liga giants in a £117m deal in 2017. However, the young winger is yet to cement his place in the team. His displays have been too few and far between owing to his injuries. Moreover, neither has he played well for a consistent period during his time at the club. Nevertheless, there seemed to be a resurgence of form since Xavi took over as the manager of Barca last year. Also, Dembele recently signed a new two-year deal to stay in the Catalan capital.

The Dutch winger rarely lost any form during his playing days. However, he did lose a lot of playing time due to his injuries. He was arguably untouchable while cutting in and shooting with his left foot. But, when touched, he felt like a body made of glass. Such was the fragility of Arjen Robben. He has played for Chelsea and Real Madrid. However, it was not until his time at Bayern Munich that he really showed his mettle. Nevertheless, his injuries followed him there as well. However, it went largely unnoticed due to the sheer dominance of the team.

Notably, Robben played through an injury in the 2010 FIFA World Cup. It upset the Bavarian club resulting in a peculiar one-off match between them and the Dutch national team.

Also Read: The New Charm of the Old Lady: Juventus and Their Free Transfer Policy!

Our second Bayern star on this list of football careers that were prone to injuries. Gotze was destined for big things, having won the Golden Boy award in 2011. His displays for BVB earned him a move to Pep Guardiola’s Bayern side in 2013. Moreover, the German scored the winning goal in the 2014 FIFA World Cup final. However, it was a downward spiral from there on. His injury layoffs meant he was never going to make a place in Pep’s highly competitive side. A move back to BVB could not resurrect his career for club or country. Besides, he was diagnosed with myopathy in 2017. Nevertheless, he remains one of the best talents who failed to deliver in the longer run. At 30, he still has the time to prove that statement wrong.

Pato once said, “People expected me to score 30 goals a season. However, I couldn’t even get on the pitch”. It sums up the career of the 2009 Golden Boy winner. At 18, he joined AC Milan in the summer of 2007. But, his displays on the pitch for them seemed as if he had been there for a long time. Moreover, Pato showed a vast range of goal-scoring abilities during his peak. However, a string of injuries meant he never fulfilled the early promise. He now plies his trade for Orlando City in the MLS.

One of the most inspiring football careers despite multiple injuries. Cazorla’s comeback to competitive football in 2018 was no less than a miracle. Having excelled for Arsenal for much of his time there, he was released after a gap of almost two years due to injuries. The issue was severe enough to make him reconsider playing football again. However, on getting the green light from his doctors, he made a move to Villareal. There, he showed his class on the pitch yet again. He will go down as one of the finest Spanish midfielders of his era.

Perhaps the unluckiest of football careers to be plagued by injuries. There is no doubt about the BVB captain’s ability on the pitch. However, his fitness record is as bad as it gets. He missed out on 2014 World Cup glory after failing to make the German squad due to an injury. He remains one of the main men in the attack at the Signal Iduna Park since his arrival in 2012. However, if not for his injuries, he would have had all the flair and talent to be one of the biggest names in world football currently.

Including a three-time Ballon d’Or winner in a list of football careers driven by injuries is a bit surprising. However, van Basten makes a strong case for both. The Dutchman was arguably the best striker during his playing days. He rattled the net for fun for Ajax and then for AC Milan. His stunning volley in the 1988 UEFA Euro final is etched in the memories of all football fans. But, his rapid success for club and country came along with an early end to his career. He had to hang up his boots at the prime age of 28 due to knee and ankle issues. Nevertheless, he has cemented his status as one of the most lethal strikers in the history of the game.

Anyone who has seen the Brazilian Ronaldo in action understands his tag of ‘O Fenômeno‘. During the late 90s and early 2000s, he ripped defenses ahead of him with his pace, power, and precision. His club CV includes PSV, Barca, Real Madrid, and both the Milan teams. Besides, has two FIFA World Cup medals to his name for Brazil. The world labeled him the greatest striker there ever was. Also, FIFA named him the World player of the year three times. Besides, he won the Ballon d’Or award twice. Ronaldo really won all these despite making it to this list. The reason for his inclusion was his awful knee that troubled him from his teenage years until his retirement. It stayed persistent throughout his career. If not for these issues, he could have possibly gone down as the best football player of all time.

Also Read: Where To Watch Chelsea’s Pre Season Friendlies: In The UK, US, And Australia 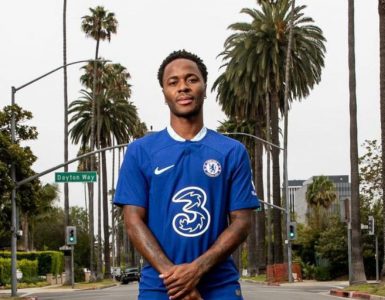 Raheem Sterling is officially on his way to Chelsea F.C. The London club shared the news on their Instagram handle. Also, this move will see Sterling make a switch between top English teams for the second time in his...